Why daydreaming is good for you 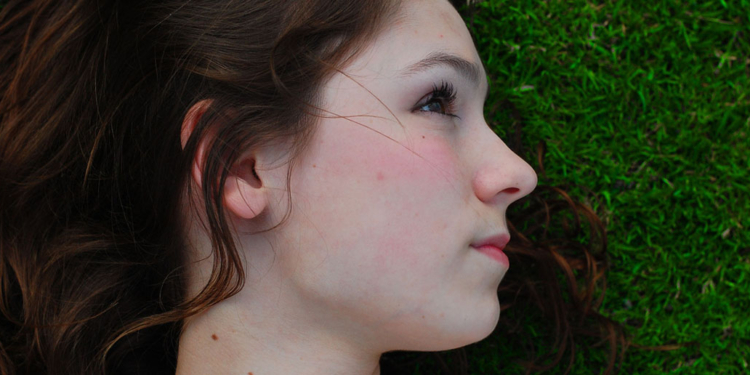 Most people think of rest as the times when we stop work or movement in order to relax, sleep, or recover strength. But historians and anthropologists have discovered that what counts as rest has varied a lot over time and across cultures.

Rest is very difficult to understand, not least because it is experienced in so many different ways. To get a better understanding of what rest is, an international and interdisciplinary team of researchers, led by Durham University, recently launched the world’s largest study on rest, called the Rest Test. The Rest Test is an online survey to investigate people’s resting habits and their attitudes towards relaxation and busyness.

We aim to uncover the differences in what people think rest is and the practices that they engage in to find it. Do people really think that rest is the opposite of work? What activities are the most restful? What are people’s inner experiences like when they are “at rest”, and does having more rest really make you feel better?

If you mention rest, people tend to think of bodily rest. But, as anyone who has ever experienced his or her mind whirring before sleep knows, physical rest can sometimes be far from restful.

One curious finding shedding new light on the concept of “rest” that has emerged from cognitive neuroscience is the idea of the resting state of the brain; that when our bodies are still our minds remain active. Remarkably consistent patterns of brain activation have been found in a constellation of brain regions – collectively termed “the default mode network” – when people are supposedly “doing nothing” during brain imaging studies.

The default mode network has been closely linked to states of daydreaming and mindwandering leading to suggestions that daydreaming may be the default mode of thought. (Daydreams are thoughts that people have that aren’t tied to the external environment or whatever they’re currently doing.)

Thinking about an email you need to reply to when you’re reading this article, mentally planning your day on the work commute, or thinking about an argument with a loved one during a meeting are all examples of daydreaming, which often occur spontaneously as part of the stream of consciousness.

Consistent with the idea that daydreaming represents a mental baseline, several investigations have shown that people’s minds tend to wander from their current task at fairly consistent rates of between 30 and 50% of the time. Most convincingly, a large scale investigation sampling 2250 people’s daydreams with a mobile phone app as they went about their daily lives, revealed that people were daydreaming on 47% of occasions that they were polled. Daydreaming rates were a consistent 30% across a range of 22 daily activities, except having sex, where the rate of daydreaming was considerably lower.

Considering that we spend roughly a third of life asleep, this means that we might spend nearly as much time daydreaming as we do sleeping.

Daydreaming is clearly very common, yet people tend to have negative perceptions of it. Pejorative terms as “off with the fairies” and “zoning out” label daydreaming as futile, and daydreamers as lazy, inattentive and dissatisfied with life.

Some studies suggest that daydreaming’s bad reputation might be justified. A recent review of daydreaming research shows its negative effects on a variety of tasks such as reading, attention, and memory. Daydreaming behind the wheel might also represent a risk for road traffic accidents. Research published in the BMJ showed that 52% of drivers involved in road traffic accidents reported daydreaming immediately before crashing.

Other studies suggest that daydreaming has emotional, as well as cognitive, costs. Daydreaming has been associated with lower levels of happiness leading to the claim that a “wandering mind is an unhappy mind”.

But daydreaming is not necessarily something to be avoided or discouraged. Emerging research has started to shine a spotlight on the benefits of daydreaming. For example, daydreaming has been linked to greater creativity, the ability to delay gratification, problem-solving, and future planning.

Other research points to the distinct benefits of daydreaming and imagination for well-being. Asking people to engage in “positive mental time travel”, where they imagine four positive events that will take place the following day, increases levels of happiness. Likewise, new research suggests that daydreaming of loved ones might be an antidote to loneliness, fostering feelings of social connection.

Daydreaming might even be restful – an escape from the external present. (Consider what life might be like if you couldn’t mentally escape your external world when you wanted!) In fact, daydreaming has been suggested as a way of taking mental breaks when we’re doing everyday tasks; a way of refreshing our attention (or “dishabituation”, to use the scientific term). People might also actively enjoy daydreaming and use it for entertainment, comfort, and relief from distress.

So, daydreaming isn’t all bad, despite its commonly held negative effects. We are frequently reminded of the benefits of “being in-the-moment” which has been reflected in the widespread interest and popularity of mindfulness and the need to “still the mind”. But what about the benefits of escaping the present and imagining things away from the here and now?

The benefits of daydreaming and its connection with rest are likely to depend on both the content of daydreaming and the context in which it occurs. For example, a busy mind full with thoughts of tomorrows tasks probably won’t be conducive to a restful night’s sleep. But conjuring nostalgic childhood memories to mentally transport you from a noisy commute might be just the ticket for rest and relaxation. Rather than representing a meaningless mental meandering, daydreaming potentially has the power to benefit our lives in many ways.