by Northwestern University
in News 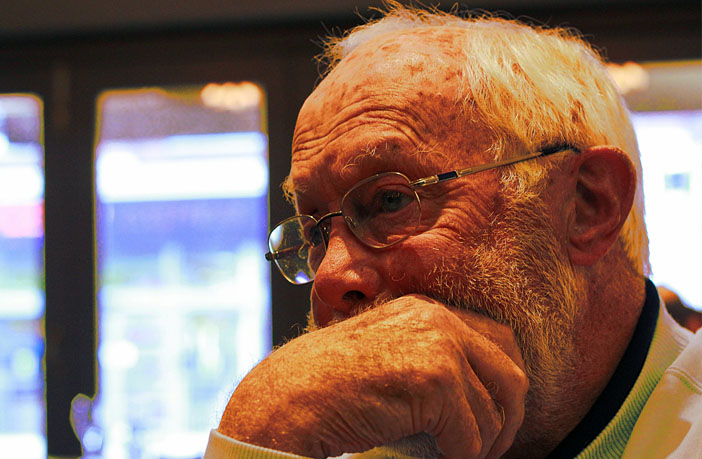 Maintaining positive, warm and trusting friendships might be the key to a slower decline in memory and cognitive functioning, according to a new Northwestern Medicine study.

SuperAgers — who are 80 years of age and older who have cognitive ability at least as good as people in their 50s or 60s — reported having more satisfying, high-quality relationships compared to their cognitively average, same-age peers, the study reports.

Previous SuperAger research at the Cognitive Neurology and Alzheimer’s Disease Center (CNADC) at Northwestern University Feinberg School of Medicine has focused on the biological differences in SuperAgers, such as discovering that the cortex in their brain is actually larger than their cognitively average, same-age peers. This study, published Oct. 23 in the journal PLOS ONE, was the first to examine the social side of SuperAgers.

“You don’t have the be the life of the party, but this study supports the theory that maintaining strong social networks seems to be linked to slower cognitive decline,” said senior author Emily Rogalski, associate professor at Northwestern’s CNADC.

Participants answered a 42-item questionnaire called the Ryff Psychological Well-Being Scale, which is a widely used measure of psychological well-being. The scale examines six aspects of psychological well-being: autonomy, positive relations with others, environmental mastery, personal growth, purpose in life and self-acceptance. SuperAgers scored a median overall score of 40 in positive relations with others while the control group scored 36 — a significant difference, Rogalski said.

“This finding is particularly exciting as a step toward understanding what factors underlie the preservation of cognitive ability in advanced age, particularly those that may be modifiable,” said first author Amanda Cook, a clinical neuropsychology doctoral student in the laboratory of Rogalski and Sandra Weintraub.

Other research studies have reported a decline in social networks in people with Alzheimer’s disease and Mild Cognitive Impairment (MCI), and previous literature has shown psychological well-being in older age to be associated with reduced risk of developing Alzheimer’s dementia.

“It’s not as simple as saying if you have a strong social network, you’ll never get Alzheimer’s disease,” Rogalski said. “But if there is a list of healthy choices one can make, such as eating a certain diet and not smoking, maintaining strong social networks may be an important one on that list. None of these things by themself guarantees you don’t get the disease, but they may still have health benefits.”