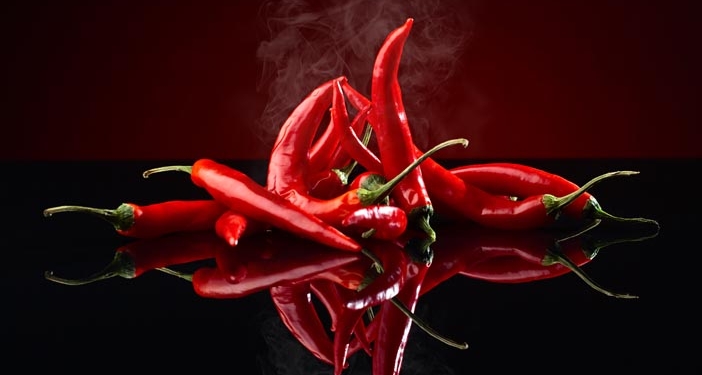 A substance found in chili peppers reduces depressive symptoms in a rodent model of depression, according to research published in Physiology & Behavior. The study examined the effects of capsaicin, which is responsible for the spicy and pungent flavor of chilis.

“We were interested in this topic for several reasons; the most important were that capsaicin has recently been discovered as an agonist of the TRPV1 channel,” said study author Javier Francisco Alamilla Gonzalez of the University of Colima.

“These channels were also recently found in the limbic system, which is the brain structure implicated in mood management.”

“Another important reason is that Mexican people are the greatest chili consumers in the world, and thus we wondered whether the pungent ingredient of chili may have an effect on the mood, specifically on depression,” Gonzalez said.

The researchers found that capsaicin was associated with a reduction of immobility times in rats during a forced swim test, which is commonly used as a model of depressive symptoms. Antidepressants shorten the duration of immobility and lengthen the swim time.

“As long as the pungent action of chili is tolerated, it could be that a moderate consumption of chili in the diet has a positive effect on people’s mood,” Gonzalez told PsyPost.

But capsaicin did not appear to have any effect on anxiety-like behaviors in rats.

Gonzalez is planning to conduct future research that will examine whether capsaicin is associated with reduced depressive symptoms in humans. “The main limitations of our current study is that it was performed in rodents,” he remarked.

Future studies could also investigate the interactions between capsaicin and antidepressant drugs such as serotonin reuptake inhibitors.

“Capsaicin consumption could be a promising strategy for the treatment of depression, because chili is broadly consumed in the diet of several countries and it has less side effects than current antidepressant drugs. However, a lot more research is needed to reach this situation,” Gonzalez said.