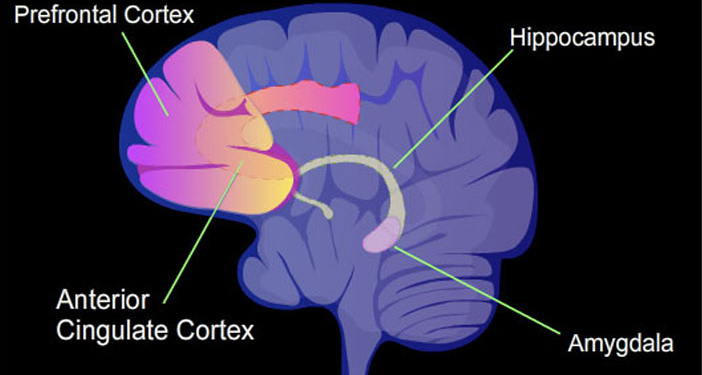 “The aim of the present study was to map the resting state functional connectivity using a seed-based correlation method in adolescent major depressive disorder patients,” explained study author Lee Moon-Soo, a professor at Korea University and associate editor of Clinical Psychopharmacology and Neuroscience.

“Based on previous studies, this study focused on the core regions of the frontolimbic circuit, especially the hippocampus and insula. To exclude the confounding effect of antidepressants and different clinical status, we included only first-episode, psychotropic drug-naive adolescents with major depressive disorder. We wanted to know what is the difference of resting state fMRI between normal healthy typically-developing controls and first onset adolescent patients with major depressive disorder.”

“Depressed adolescents showed changed functional connectivity in the brain even when they are in the first episode,” Lee told PsyPost.

“Adolescents with depression, prior to exposure to medication, display a decreased connectivity between several brain regions involved in emotion processing and regulation and emotional memory. An increased connectivity was also observed in brain regions that are known to be related to rumination, impaired concentration, and physiological arousal.”

“In addition, we also need to know the further differences in the depressed patients according to the subgroups. Depression can take many forms. For example, it would be quite meaningful to compare the patients who have suicidal ideation with the patients who do not have.”