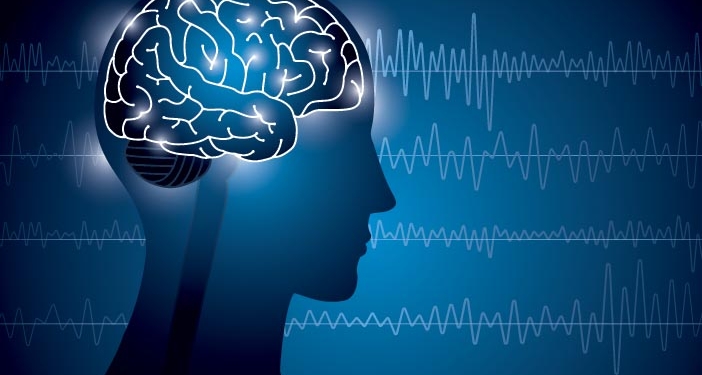 New research has found differences in the brain’s signal of error processing between those who are able to observe their feelings without getting lost in them and those who struggle to do so. The findings, which appear in the journal Mindfulness, shed light on the neurophysiological underpinnings of mindfulness.

“I became interested in studying mindfulness at the neural level because while there are so many studies indicating mental and physical health benefits from mindfulness, as a field there is still so much to learn about the ‘footprint’ of mindfulness in our brains, and how this varies based on someone’s innate mindfulness traits.”

“Specifically, there has been a lot of research on the way that mindfulness can really enhance attention and focus at the neural level, but there is a whole other domain of mindfulness, referred to as acceptance, that more and more appears critical to leading to the benefits we see. What may be more important than the attentional component, is how we attend, and whether it’s with acceptance, i.e. without judging or reacting,” Cary said.

“Working with faculty advisors Dr. Felver of the Mind Body Lab and Dr. Russo of the PI of the Center for Autism Research and Electrophysiology (CARE) Lab, we aimed to work towards identifying the neural correlates of trait acceptance, with the goal of identifying how mindful acceptance is reflected in the brain at the individual level, which might ultimately change the way we study mindfulness.”

In the study, 37 participants completed a questionnaire to assess five facets of trait mindfulness. They then completed a Go/No-Go task — a common test of impulse control — while the researchers monitored their brain activity with an electroencephalogram (EEG).

The researchers were particularly interested in a pattern of electrical brain activity known as Error-Related Negativity (ERN). When people make an error in the Go/No-Go task, there is usually a robust increase in ERN. “Typically, most people have a negative spike of electrical activity in the anterior cingulate cortex (ACC) in their brain, it happens less than a hundred milliseconds after they make a mistake,” Cary explained.

The researchers found that participants who scored higher on a measure of nonreactivity — a facet of mindfulness — tended to perform better on the task. Nonreactivity was also associated with a less negative ERN.

“A key component of mindfulness is acceptance, letting experiences be as they are without judging or criticizing (i.e., nonjudging facet), and without impulsive reactions (i.e., nonreactivity facet). We found that people who are more accepting, are quicker to respond to behavioral tasks without any trade-offs in task accuracy,” Cary told PsyPost.

“At the neural level, the nonreactivity component of acceptance is related to the way that we process mistakes. We found that participants who are more mindfully nonreactive at the trait level also have less neural activity after mistakes.”

“In sum, individuals higher in acceptance may process errors and competing responses with less neural activity while still displaying similar behavioral responses. Given the limited objective measures for assessing acceptance and the benefits associated with acceptance, the presence of these neural and behavioral correlates of acceptance help clarify individual differences in trait acceptance at the neural level, and may help inform the clinical research of mindfulness interventions,” Cary said.

“Future questions that still need to be addressed include extending this research to adaptive functioning, in other words does higher trait acceptance lead to neural changes that can be reflected in adaptive functioning tasks? Additionally, future studies may work to determine whether neural acceptance is a protective factor, and whether it’s a moderator of treatment. Finally, it would be very interesting to study the ERN pre- and post- programs that specifically train mindful acceptance, such as Acceptance and Commitment Therapy (ACT).”