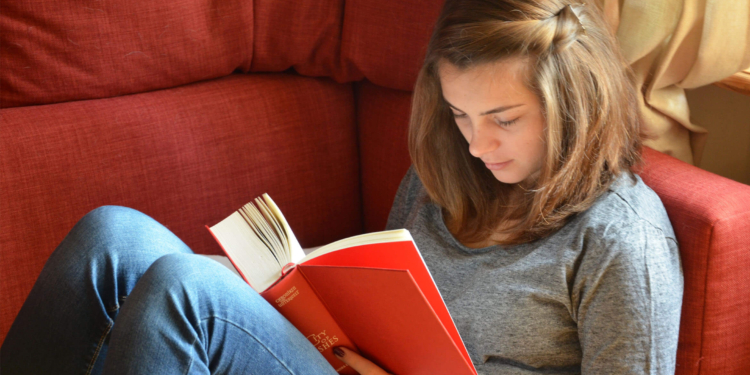 A study published in PLOS One suggests that the type of fiction a person reads affects their social cognition in different ways. Specifically, literary fiction was associated with increased attributional complexity and accuracy in predicting social attitudes, while popular fiction was linked to increased egocentric bias.

“We learn a lot about ourselves, interpersonal relations, how institutions work, etc., from fiction. In other words, fiction impacts what we think about the world. But in my research, I am interested in the ways in which fiction shapes how we think,” explained study author Emanuele Castano of the University of Trento and the National Research Council in Italy.

“The original work, published with my former student David Kidd in the journal Science, showed that not all fiction shapes how we think in the same way. We distinguished between literary (e.g. Don Delillo, Jonathan Franzen, Alice Munroe) and popular fiction (e.g. Dan Brown, Tom Clancy, Jackie Collins), and showed that it is by reading literary fiction that you enhance your mindreading abilities — you are better at inferring and representing what other people think, feel, their intentions, etc.”

“In the latest article, with my former student Alison Jane Martingano and philosopher Pietro Perconti, we broaden the spectrum of variables we look at, and most importantly we develop our argument about the two types of fiction and their role in our society,” Castano said.

Scholars have typically differentiated between literary and popular fiction. For example, engaging with literary fiction is thought to be active; it asks readers to search for meaning and produce their own perspectives and involves complex characters. Popular fiction, on the other hand, is passive; it provides meaning for the readers and is more concerned with plot than characters.

The researchers conducted a study involving 493 individuals with an average age of 34. Subjects completed a version of the Author Recognition Test where they were asked to indicate which authors they were familiar with among an extensive list of authors. Subjects were then given scores based on how many literary fiction versus popular fiction authors they recognized.

Next, the subjects completed a measure of Attributional Complexity, a construct which, “includes the motivation to understand human behavior, along with the preference for complex explanations of it.” They further took part in a false consensus paradigm to measure their egocentric bias — the extent to which they believe others share the same thoughts and attitudes as they do. Finally, their mental state recognition was assessed through the Reading the Mind in the Eyes Test (RMET), a task measuring their accuracy in recognizing a person’s mental state based on that person’s eyes.

Also in line with the researchers’ predictions, exposure to literary fiction was linked to reduced egocentric bias, while popular fiction was not. “Compared to popular fiction,” the authors explain, “literary fiction is theorized to encourage the simultaneous entertaining of a multiplicity of perspectives. To take into consideration other perspectives should reduce the tendency to see our own construals as objective, and thus to rely less on them when making attributions about others and predicting their behavior.”

Finally, being exposed to literary fiction predicted better accuracy in recognizing others’ mental states (via the RMET), while popular fiction did not. “If a tendency to consider and appreciate other perspectives reduces ego-centric biases,” the researchers reason, “it should therefore enhance accuracy, which we define as the capacity to accurately represent others’ opinion, beliefs, intentions, emotion or attitudes at the individual mind level, or at the social level.”

The researchers caution against inferring that literary fiction is inherently better than popular fiction. Instead, they stress that the two types of fiction cultivate different — and, in both cases, meaningful — socio-cognitive processes.

“Most importantly, the reader should take away what we are not saying: We are not saying that literary fiction is better than popular fiction. As human beings, we need the two types of thinking that are trained by these two types of fiction. The literary type pushes us to assess others as unique individuals, to withhold judgment, to think deeply. It is important, but it can paralyze us in our attempt to navigate the social world. The popular type reinforces our socially-learned and culturally-shared schemas; a mode of thinking that roughly corresponds to what Nobel Laureate Daniel Kahneman calls System 1: fast, automatic, well-practiced,” Castano explained.

“I submit that for a well functioning society a continuous tension between these two types of thinking styles – and thus both types of cultural products that, among other factors, promote them. Too much literary, and we disintegrate as a society. Too much popular, and we ossify. Neither scenario is auspicable.”

The researchers acknowledge that the Author Recognition Test is an imperfect measure of fiction reading, but offers limited social desirability and allows for the discrimination between popular and literary fiction.

“Some of our evidence comes from experimental work, so we are quite confident of the causal effect: reading literary fiction leads to stronger Theory of Mind, for instance. Other findings are correlational: we measure exposure to types of fiction, rather than manipulating exposure experimentally. Therefore, there are potential alternative explanations for our findings,” Castano said.

“We do our best, and control statistically for other variables, such as level of education, age, type of major — this last one is particularly important when studying the effect of literature. But there is always the possibility that we have missed something. Our colleagues, however, will be quick to point that out! But that is a good thing, for scientific progress is a cumulative enterprise”

“The goal is not for me to be right, but for us collectively, as cognitive scientists in this case, to be able to uncover the fascinating relationship between how the very cultural products that we develop in turn affect the way we think,” Castano added.

The study, “The effect of exposure to fiction on attributional complexity, egocentric bias and accuracy in social perception“, was authored by Emanuele Castano, Alison Jane Martingano, and Pietro Perconti.