by Christian Rigg
in Meditation, Relationships and Sexual Health 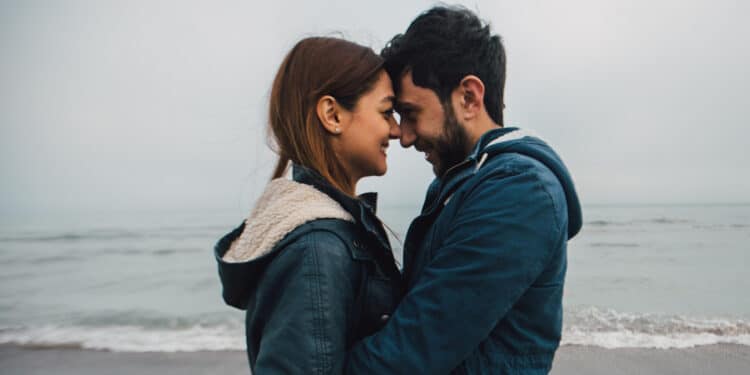 Meditation and mindfulness have been well-studied in individual contexts, but significantly less so as they impact relationships. The few studies that have looked at the effects of mindfulness on relationships and sexual satisfaction have suffered from homogenous population samples, which greatly limits their generalizability.

This was one of the main goals of a team of researchers from Alabama, USA, whose study appearing in the Journal of Social and Personal Relationships examined an ethnically and economically diverse group of 847 married and unmarried heterosexual couples. Their findings broaden our understanding of how meditation affects relationship and sexual satisfaction across cultures and economic contexts.

The team focused on three subscales of mindfulness: nonreactivity, acting with awareness, and non-judging, based on the Five Facets of Mindfulness Questionnaire.

Nonreactivity refers to being able to notice and observe one’s feelings or thoughts without immediately reacting to them. In a similar vein, non-judgement refers to observing a situation impartially and objectively. Finally, acting with awareness requires “turning off one’s [auto-pilot] and behaving purposefully.”

All three may seem to have obvious benefits for couples, but interestingly, only nonreactivity and acting with intention were found to correlate with improved relationship experiences. Specifically, nonreactivity related to one’s own and one’s partner’s reports of overall quality in the relationship, while a women’s own and their partner’s ability to act with awareness both boosted women’s reports of sexual satisfaction.

These findings seem to indicate that, rather than having very general effects on relationship quality, different aspects of mindfulness may play key roles in distinct elements of the relationship, like sexual satisfaction.

It is also intriguing that nonjudgement had no significant effects on any of the relationship measures, although the authors note that another study did draw such a connection and also point to the fact that their questionnaire was individually-focused (“I make judgements about … my thoughts”). Specifically, relationship-oriented non-judgement questions may elicit different responses.

The real strength of this study comes from its especially diverse population set, although non-heteronormative relationships were not included, and so future studies will also want to incorporate such relationships for a fuller picture.

The study, “The dyadic influences of mindfulness on relationship functioning“, was authored by Julianne M. McGill, Leah K. Burke, and Francesca Adler-Baeder.