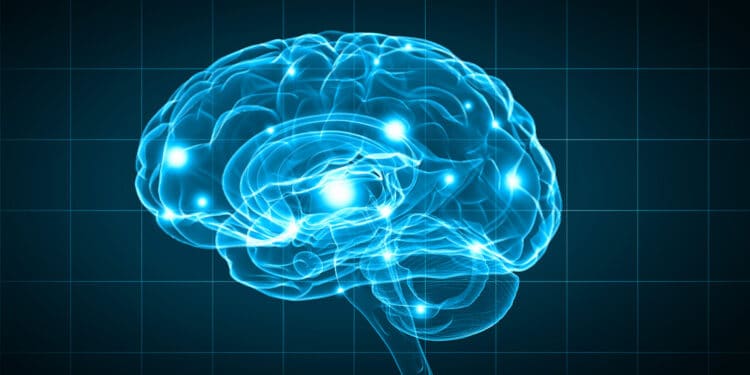 People are more likely to adopt essentialist views of psychiatric conditions after reading that such conditions can be diagnosed via neuroimaging techniques, according to new research published in Cognitive Science. In other words, mental disorders that manifest in the brain are more likely to be viewed as innate and unchangeable.

The findings suggest that an intuitive bias can help explain why some people shun psychiatric patients and view their condition as a fixed trait.

“This research forms part of a broader research program that has emerged out of my recent book,” said Northeastern University psychology professor Iris Berent, the author of “The Blind Storyteller: How We Reason About Human Nature.”

“The book explores how we reason about our own human nature. I’ve found that people are systematically biased in thinking about who they are, and that these biases arise from the very principles that govern how our mind ticks.”

“In the Cognitive Science paper, I bring this general research program to bear on the question of mental disorders,” Berent explained. “Here, one would hope that, in the era of the brain, people would recognize that psychiatric disorders are diseases like all others — illnesses of the body, much like COVID or cancer. This should have been particularly clear in the 21st century, now that the link between psychiatric disorders to the brain are well established.”

“Yet psychiatric disorders are still associated with stigma. In fact, I show that, when people are given evidence that the disorders ‘show up’ in a brain scan, people’s attitudes only become more negative — people falsely assume that the disorder is inborn and immutable. This research is the first to show this particular bias, and it presents a novel theory of how they arise from the principles we deploy intuitively (and tacitly) in reasoning about the notion of innateness, and about the links between the mind and the body.”

In two experiments, which included 80 individuals in total, Berent and her colleagues examined how the method of diagnosing psychiatric conditions influenced perceptions of innateness and immutability. The participants read brief descriptions of patients who had been diagnosed with a mental disorder either via a brain scan or a behavioral test. They then answered questions about the disorder and the patient.

“But this presumption is false, and it is based on a basic misunderstanding. In reality, every psychological state is a brain state, so the fact that a psychiatric disorder is ‘in the brain’ really says nothing about whether the person was born with the disorder, nor does it tell us about how severe or lengthy it is.”

In contrast to essentialist beliefs, longitudinal research has provided evidence that it is rare for a person to maintain a single mental disorder diagnosis over the course of their life. “We found evidence that virtually no one gets and keeps one pure diagnosis type,” said the authors of a 2020 study published in JAMA Network Open.

“Yet people tend to incorrectly assume that ‘what’s in the brain is destiny,'” Berent said. “This presumption is dangerous because it promotes stigma and helplessness, and it can negatively affect individuals. I hope that, by calling attention to this bias, we can help combat it.”

The researchers used Amazon Mechanical Turk to recruit native English speakers, so it is unclear how well the results generalize to other cultural contexts. “These results were mostly obtained from Western adults — we do not know how universal they are,” Berent said. “Still, it does show that people (specifically, Western educated adults) are biased to think that ‘if it’s in the brain, it’s innate,’ and this is a powerful and dangerous misconception.”

The study, “Essentialist Biases Toward Psychiatric Disorders: Brain Disorders are Presumed Innate“, was authored by Iris Berent and Melanie Platt.