New research indicates that “newsjunkies” are more likely to vote 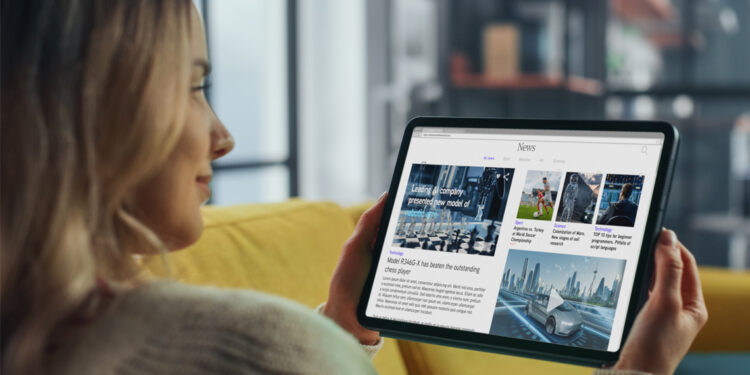 People who feel a greater need to keep up with news are more likely to participate in the democratic process, according to new research published in Political Psychology. The findings provide evidence that being a so-called “newsjunkie” is associated with some positive outcomes.

“It’s common for people to identify as a newsjunkie, or assign the label to someone they know, but previous social science literature hasn’t offered a way to measure the newsjunkie characteristic,” said study authors Justin Martin of the Doha Institute for Graduate Studies and Krishna Sharma of Northwestern University.

“Justin created the intrinsic need for orientation scale to assess individuals’ newsjunkie tendencies, and to see what kinds of attitudes and behaviors are associated with being a newsjunkie. We live in a time when some people and groups malign news media, and even celebrate when people stop consuming news — Lukas Nelson has a song called ‘Turn Off the News (Build a Garden).’ Those claims carry less weight if the things that newsjunkies believe and do are prosocial.”

For their study, the researchers surveyed a nationally representative sample of 2,059 U.S. adults regarding their intrinsic need for orientation, meaning their motivation to keep up with news about current events. The participants also completed assessments of voter registration, intention to vote, voter conscientiousness, news consumption frequency, social media use, political partisanship, and demographic variables.

The survey was conducted about eight weeks before the U.S. presidential election of November 3, 2020.

The researchers found that the intrinsic need for orientation was positively correlated with being registered to vote, with intending to vote in the 2020 U.S. election, and with voter conscientiousness. Those with a stronger intrinsic need for orientation agreed mores strongly with statements such as “One of the first things I do each day is check the news” and “I feel discomfort when I don’t know what’s going on in the world.”

The findings held even after controlling for news consumption frequency, social media use, political partisanship, and demographic variables.

“Newsjunkies, people with a strong intrinsic need for orientation, are more likely to be registered to vote, to intend to vote in a coming election, and to feel guilty if an election passed and they didn’t vote than non-newsjunkies,” Martin and Sharma told PsyPost.

“Avid news consumption does not appear to be the same as heavy video game use, online gambling, or social media use, in that newsjunkie behaviors tend to be associated with numerous positive outcomes. Indeed, given that the newsjunkie characteristic is positively associated with voting, researchers, educators, and civic organizers may want to find ways to strengthen the newsjunkie characteristic in schools and in communities.”

But the researchers noted that it is also possible that being a newsjunkie is associated with negative outcomes as well. “For example, is the newsjunkie trait strongly correlated with neuroticism, or with anxiety? Are newsjunkies likely to have unfounded fears about the danger of their environments (something media researchers call the mean-world phenomenon)? Do newsjunkies forgo other healthy pursuits, like sleep and exercise, because they spend so much time tracking current events?”

“The Dunning-Kruger effect is the tendency for people who are low in competence in a skill area to dramatically overrate their ability, and the phenomenon has been commonly observed with regard to political knowledge,” Martin and Sharma added. “It will be interesting to see if the Dunning-Kruger effect is more pronounced among newsjunkies, who may be overconfident because they consume a lot of information, or whether newsjunkies have more modest evaluations of their own abilities because they are regularly reminded how much work it takes to attempt to keep up with vast amounts of news.”

“Future research should also examine how people become, or do not become, newsjunkies, by studying the intrinsic need for orientation among adolescents and tracking the same participants into and throughout adulthood via panel studies,” the researchers continued. “This may also help us understand how citizens’ newsjunkie tendency can be strengthened to encourage increased civic participation.”

The study, “Are Newsjunkies More Likely to Vote? Intrinsic Need for Orientation and Voter Registration, Intention to Vote, and Voter Conscientiousness“, was published May 11, 2022.