by Emily Manis
in Depression, Meditation 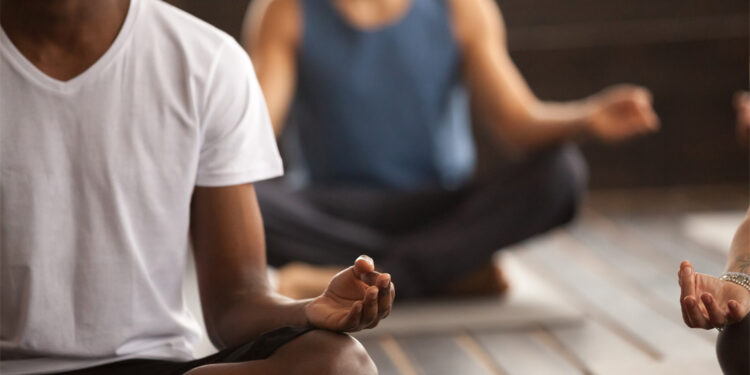 Mindfulness and meditation have grown in popularity in the Western world in recent years, but does it have any merit for people suffering from depression? A study published in Depression & Anxiety suggests it could be an effective intervention for people who are mentally ill.

Depression is a mental illness that can have profound and distressing effects on people who are suffering from it. Rates of depression have been rising steadily over the past 20 years and it has been recognized as being the leading cause of disability in the entire world. Depression tends to be treated with therapy and/or psychotropic medication, but there is often backlash to the side effects of antidepressants.

Meditation Based Lifestyle Modification is an 8-week-long therapeutic mind-body intervention designed to aid in mental health. It combines yoga, self-reflection, and mindfulness, but has not been studied as a treatment yet, which this study aims to address.

Holger C. Bringmann and colleagues recruited 81 German individuals who were outpatient patients with mild to moderate depression at the Clinic for Psychiatry, Psychosomatics, and Psychotherapy to serve as their sample. Data was collected between 2018 and 2020. Participants were asked to participate for 8 weeks in the intervention.

Participants were placed in the Meditation Based Lifestyle Modification group, the TAU (treatment as usual) group, or the control group. The TAU group received individually tailored therapy according to guidelines of treating depression. Participants continued medication if they were already on it. Researchers compared effectiveness of interventions and completed a 6-month follow up.

But the study was designed for depression patients with an interest in yoga or mindfulness and the effects may not be as great for people without this interest. Additionally, symptoms were measure via client self-rated questionnaires, which could be inaccurate or biased.

“Overall, the results support the use of MBLM in depressed patients,” the researchers concluded. “Further high-quality controlled clinical studies including qualitative research are needed to investigate the specific and unspecific effects of the MBLM program in depression and other medical conditions. Furthermore, the effects of MBLM support the idea that research in mind–body medicine should also address the traditional background of interventions and examine their contextual factors for their potential therapeutic effects. In addition to efficacy studies, more theory-driven fundamental research is also required to advance the field of research adequately.”