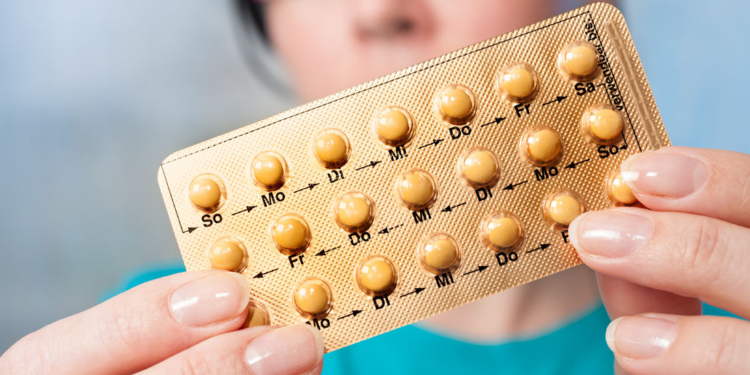 New research provides some preliminary evidence that hormonal contraceptives could influence how things are remembered. The study in Psychological Reports found that women taking birth control pills tended to recall less negative emotional information compared to women who were not taking them.

“I have previously conducted a number of studies on the effects of oral contraceptives on mood and have always been interested in this area of research,” said Kirsten Oinonen, an associate professor of psychology at Lakehead University and the corresponding author of the new study.

“I know many women who have reported experiencing emotional side effects from oral contraceptives and I think it is imperative that researchers continue to examine the effects of hormonal contraceptives on mood, cognition, and perception. It is critical that women are fully informed about these potential effects so that they can make informed decisions about birth control options.”

“I have a graduate student, Brandi Person, who was also extremely interested in exploring how oral contraceptives affect emotion and cognition. Given previous research suggesting that hormones can affect both mood and cognitive ability, we felt that looking at the effects of ‘the pill’ on emotional memory would be an important area to study,” Oinonen explained.

The participants completed an Emotional Spatial Memory test, in which they viewed a variety of emotionally-charged and emotionally-neutral items that had been set up on a tray. Shortly after viewing the tray of items, the participants were asked to list as many items as they could remember and also to indicate where each item had been placed.

One week later, the participants completed the same tests of memory recall again.

The researchers found that oral contraceptives users tended to recall more positive items and fewer negative items than nonusers in the short-term recall test. In the long-term recall test, there was no significant difference between users and non-users.

“Hormones have the potential to influence emotions and cognitive ability. Thus, women should be alert to any such changes they notice in themselves when taking hormonal contraceptives,” Oinonen told PsyPost.

“This could result in women taking the pill viewing situations, people, or objects as more positive than they might have if they were not taking the pill (i.e., because they are relatively more likely to remember the positive versus the negative information),” Oinonen said.

The researchers controlled for a number of variables that could impact mood and memory, including menstrual cycle phase. But like all research, the study includes some limitations.

“Any new research finding needs to be replicated before it can be accepted with confidence. That applies here as well. Thus, future studies need to replicate the findings with larger and more diverse populations,” Oinonen said.

“As we looked at memory for visual stimuli, future studies should examine if women also show a tendency to recall less negative verbal, olfactory, auditory, and kinesthetic stimuli. Brandi Person and I are examining some of these questions in her PhD dissertation. Of course, a future placebo-controlled trial to look at the effects of oral contraceptives on emotional memory would provide the strongest evidence to support these findings.”

The study, “Emotional Memory in Oral Contraceptive Users: Negative Stimuli Are More Forgettable“, was authored by Brandi Person and Kirsten A. Oinonen.