New study identifies the most definitive signs of “TikTok addiction” 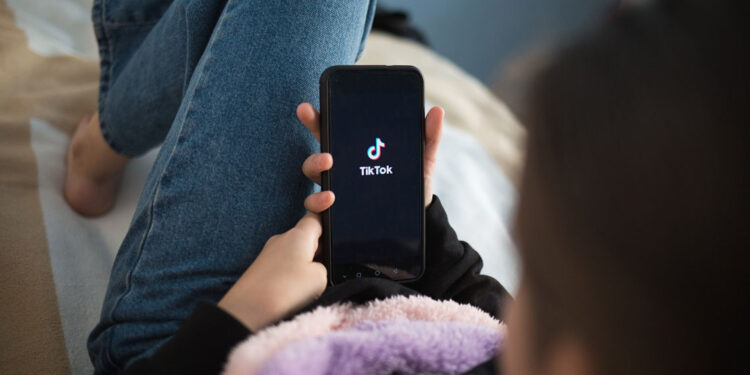 The social media platform TikTok has exploded in popularity and now has more than one billion monthly active users worldwide. But new research published in the journal Addictive Behaviors highlights that some individuals can develop a pathological dependence on the platform.

Many studies have examined the negative psychological impact of excessive Facebook use. But there is relatively little research on TikTok, which became available outside of China in 2017. The authors of the current study sought to investigate whether measures of so-called “Facebook addiction” were relevant to TikTok.

“After jokingly telling my wife that she is obsessed with TikTok and WhatsApp, I spoke to two persons that described their interaction with adolescents who they deemed to be ‘addicted’ to social media or the internet,” explained study author Troy Smith of the University of Trinidad and Tobago.

“One person highlighted that their son seemed nervous, refused to eat, and even tried to lie to get access to Social Networking Sites (SNS) when he was restricted. This was particularly timely, as only months ago there were several instances of adolescent death or harm associated with TikTok challenges.”

“On my initial search of the extant literature, I released that although there has been a rapid increase in TikTok rivalling that of Facebook, studies into its use were limited and that a scale to measure its maladaptive use was absent,” Smith said. “However, I wanted to know how common these addiction-like behaviors associated with TikTok use were and deepen my understanding of the underlying mechanisms.”

The Facebook users completed a scientifically validated questionnaire known as the Bergen Facebook Addiction Scale, which assess six criteria: Having obsessive thoughts about Facebook, feeling an urge to use Facebook more and more, using Facebook to forget about personal problems, trying to cut down on the use of Facebook without success, becoming restless or upset when prohibited from using Facebook, and using Facebook so much that it negatively impacts school or work. TikTok users completed a modified version of the scale, in which the word “Facebook” was replaced by “TikTok.”

As expected, higher scores on the TikTok addiction scale were associated with higher intensity usage of the platform. Using a statistical technique known as latent profile analysis, which allows for individuals with similar patterns of responses to be grouped together, the researchers classified the majority of TikTok users (68.2%) as having “no risk” of TikTok addiction, classified 25.4% as being at “low risk,” and classified 6.4% as being “at-risk.”

In line with previous research on Facebook addiction, Smith and his colleagues found that “at-risk” TikTok users tended to score higher on measures of loneliness and extraversion. Female TikTok users were also more likely to be at-risk compared to male users.

“Although most users appear to use TikTok in a non-problematic manner, the study demonstrates that the risk of overuse and possible problematic use exists and is associated with addiction-like behaviors that can potentially negatively impact the daily lives of sufferers,” Smith told PsyPost.

“Further, the study emphasizes while similarities exist between the addictive process occurring in Facebook and TikTok there are significant differences in manifestation, predictors, and usage intensity associated with average vs problematic use. As such, a user can exhibit problematic use on a specific platform and not have the same maladaptive response with the broader category of social media.”

“It also suggests that the most definitive signs of addiction are that the user become nervous, irritable, anxious, or exhibits strong feelings of sadness when deprived of access to the social networking site (withdrawal) and the user’s attempts to control participation in SNS are unsuccessful (relapse),” Smith noted.

The Bergen Facebook Addiction Scale has previously been adapted to study problematic Instagram use, and the newly validated TikTok scale provides researchers with a valuable tool to better understand maladaptive uses of the video platform.

“Current literature on problematic use of TikTok is limited, however, the validation of a problematic use scale for TikTok creates an opportunity for other researchers to study the phenomenon,” Smith explained. “This is important since the use of a valid scale adds credence to future work and a standard measure means that studies can be compared and patterns more easily identified.”

“While SNS can be a useful medium for social interaction, communication and artistic expression its use as a mechanism to escapism can be harmful as it does not solve the possible underlying psychological issues such as loneliness and low-self-esteem,” Smith added. “However, it may create new problems due to harmful effects of problematic use and the literature also suggests it can increase the risk of cybercrime victimization. Further, intensive use of SNS by adolescents should be viewed cautiously as it may be a signal for other psychological issues that may require intervention.”

The study, “Needs affordance as a key factor in likelihood of problematic social media use: Validation, latent Profile analysis and comparison of TikTok and Facebook problematic use measures“, was authored by Troy Smith and Andy Short.