by Gurit Birnbaum
in Relationships and Sexual Health, Social Psychology 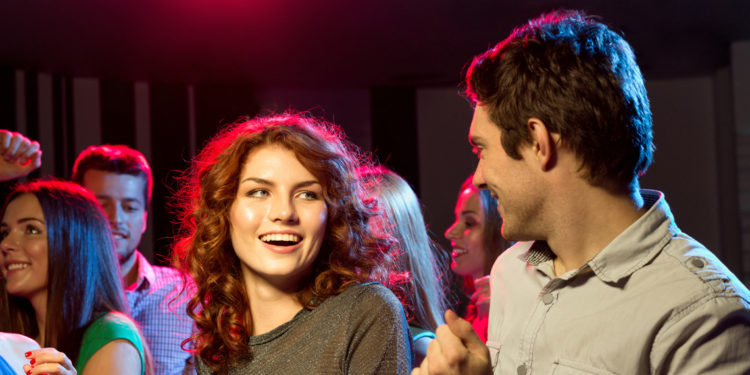 People who enter monogamous relationships typically hope to maintain sexual and romantic exclusivity with their partner. Thus, when encountering alternative partners, they are likely to use strategies that help them resist the temptation of straying. For example, romantically involved individuals are more likely than singles to be inattentive to alternative partners and to inhibit thoughts about them. When committed individuals do encounter alternative partners, they tend to see them in a less appealing light, disclose their relationship status to them, and express less interest in interacting with them1.

However, in an era, in which alternative partners lurk around every corner of the internet, these relationship-protective strategies may lose their effectiveness. In my recent research2, I investigated this possibility, focusing on mate poaching, which occurs when people try to form a romantic or sexual relationship with an individual who is already in a romantic relationship with someone else.3

In two studies, I examined whether participants who were the target of active mate poaching attempts would perceive their current partner as less appealing while perceiving alternative partners as more appealing than participants in a control condition. In both studies, romantically involved participants reported their perceptions of current and alternative partners following chatting online with an attractive member of the research team (a confederate) who behaved either flirtatiously or neutrally.

In the mate poaching condition, the confederate used the following script:

“Hi my name is Guy. How are you? I’m good, thanks. What’s your name? Where do you live? I live in Tel Aviv. I study computer science. What do you study? I’ve heard that psychology students (or whatever the participants reported they studied) are the coolest. Now I see it’s true. So, what do you do in your free time? Cool! I play the guitar. I also make time for sport at least twice a week, mostly swimming and running. On weekends, I’m usually hanging out with friends. Where do you like to travel? Great choice! I’d like to visit there too! We should go there together! What are your best traits? You are beautiful both inside and out! I’m creative and outgoing. What are your future plans? Sounds promising! I really don’t have a clear direction yet. I might pursue graduate studies.”

In the control condition, the confederate used the same script, except for the flirtatious remarks.

In the first study, following this mate poaching manipulation, participants completed an implicit task to assess their automatic attitudes toward their current partner. Such automatic attitudes may capture discontent people may have toward their partners that they are unwilling (or unable) to recognize. These attitudes may nonetheless prove more useful in predicting relationship deterioration than what partners are able and willing to reveal.4

What did I find? Being the target of mate poaching led participants to view their current partners in a more negative light and to desire them less.

I designed the second study to replicate and extend these findings by using a different measure of participants’ reactions to poaching attempts that enabled to assess their desire for both current and alternative partners. Specifically, I asked participants to report the first sexual fantasy that came to their mind following the online interaction with the poacher.

Two raters coded these fantasies for expressions of desire for current and alternative partners. The raters based their impressions on expressed interest in sexual interactions and portrayals of engagement in sexual activity, including making out. I found that being the target of mate poaching not only decreased the appeal of current partners but also increased the desirability of alternative partners.

Overall, my findings highlight the circumstances that weaken resistance to temptations of alternative partners, pointing to a route by which online interactions may diminish relationship well-being and lead to offline affairs.

The internet presents endless opportunities for personal and interpersonal growth, such as connecting people all over the globe and improving access to education. However, with these opportunities come challenges that may impair personal and relationship well-being, such as coping with addiction and distraction. My research demonstrates the destructive potential of the internet for relationship functioning, showing how temptations in the interpersonal domain jeopardize existing romantic relationships.

Past studies have already found that spending time in social media may harm existing relationships, as it offers an easy route to behaviors that often lead to jealousy, dissatisfaction, and even breakups.5 My research adds to these studies by focusing on what it is that makes alternative partners difficult to resist, indicating that good looks in and of itself may not encourage infidelity. Rather, active courting attempts are required in order to penetrate through the shield of relationship-protective strategies and undermine partnered individuals’ ability to resist the allure of alternative partners.