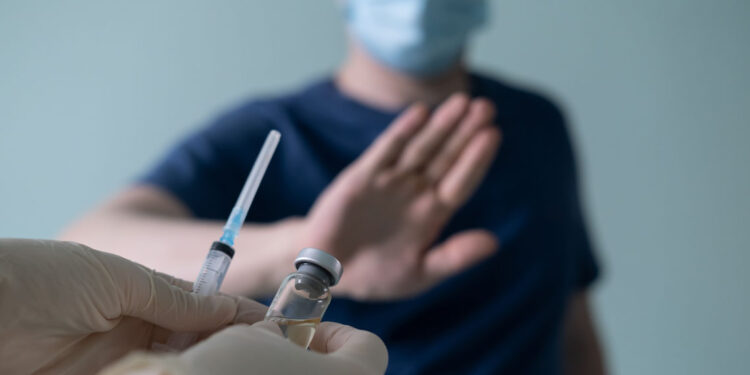 Nudging is a means of indirectly influencing human behaviour by changing the choice architecture made available to the decision maker. A recent study published in Nature examined the efficacy of sending short messages (i.e., nudges) to individuals who did not get vaccinated against COVID-19 immediately, a strategy that had proved effective in the early stages of vaccine rollout.

Contrary to prior findings reported by Hengchen Dai and colleagues, the researchers found no evidence that this method of nudging increased vaccination among individuals who delayed their vaccination by at least five weeks.

Nathaniel Rabb and colleagues tested whether text messages sent by the Rhode Island Department of Health (RIDOH) for the purpose of facilitating vaccine uptake in May and June 2021 would be effective among adults who were tested for COVID-19, but delayed vaccination. The outcome of interest was vaccination status at the end of the measurement period, which fell one week after the last day of messaging by the RIDOH.

Participants were assigned to receive one of eight possible messages (e.g., “a vaccine is waiting for you”) or no message. Conditions ranged in emphasizing the “safety, access, minimal likelihood of bad outcomes, reduced risk to one’s family, social norms or some combination” of getting vaccinated. The study included a total of 142,428 participants, and divided this population into three consecutive iterations.

Each group was further divided into roughly an equal number of participants per day. The first two iterations employed an adaptive design whereby the message performance in the previous iteration predicted the likelihood of participants being assigned to that given message; this was an attempt to maximize vaccination.

The researchers found that nudges, in the form of messaging, did not sway participants any more or less than the control condition. This was the case when comparing each type of message against the control, as well as an aggregated “any message” condition.

In other words, there is no evidence that this strategy of nudging, which had been found to be an effective method of increasing vaccine uptake during the early stages of the vaccine rollout, is effective among people who remained unvaccinated at least five weeks after becoming eligible.

The authors write, “Public health officials—especially those avoiding or legally barred from mandates—may turn to this strategy to increase vaccination rates among the less enthusiastic but will probably see minimal impact.”

They further speculate that some possible mechanisms that may explain the reduced efficacy of nudging include the novelty of the vaccine when first introduced, oversaturation of this effect henceforth, hesitancy to vaccination, polarized discourse surrounding COVID-19 vaccines, as well as varying social norms and general knowledge of vaccines.