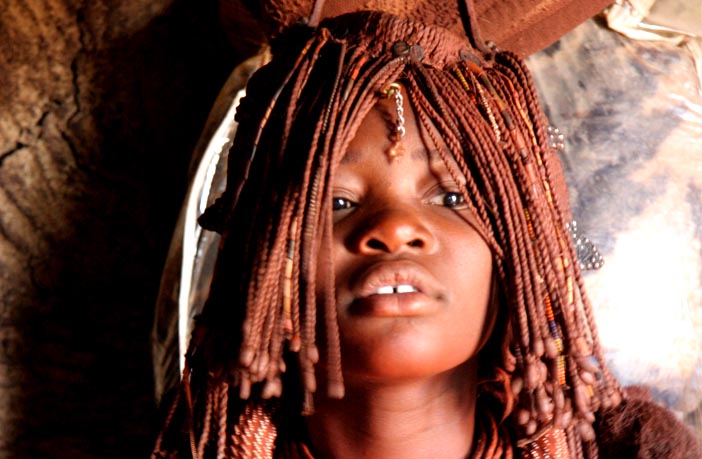 A new study provides evidence that a tribe of people living in the deserts of Namibia who have little exposure to Western culture tend to be more cognitively flexible. The findings, which have been published in the Journal of Cross-Cultural Psychology, suggest the Himba people are more likely to adopt a new, more efficient strategy, while Westerners tend to stick to what they know.

“For most of us, it is very easy to become stuck in problem-solving habits. We tend to prefer familiarity over efficiency. In other words, as long as a strategy works, why try something else? Or as the old colloquialism goes: If it ain’t, broke don’t fix it. My research focuses on how and why some humans seem to be more susceptible to inflexible problem-solving than others,” said study author Sarah M. Pope (@sezdoesscience), a postdoctoral researcher at University of Texas at Austin.

“In our previous work, we found that Westerners are much more likely to stick with their familiar approach than switch to the more efficient strategy. We wanted to see if this was a universal human phenomenon. We decided to test the seminomadic Himba of northern Namibia. Himba are pastoralists, meaning that they maintain herds of livestock as a primary food source.”

In the study of 54 Western and 129 Himba adults, the participants completed a test of cognitive flexibility — called the Learned Strategy–Direct Strategy (LS-DS) task — on a touchscreen laptop. The participants first learned a strategy to successfully complete the task before being asked to do it on their own in 96 experimental trials.

“Cognitive flexibility is the ability to flexibly adapt one’s strategies in order to optimize the outcome. In psychology, cognitive flexibility is most often studied by first allowing people to learn that one behavior, like choosing a green circle, gives them a reward. Then the rules are changed, so that another behavior, like choosing a yellow circle, gives them a reward. In these tasks, psychologists look at how long it takes people to adjust to the new rules,” Pope explained.

“The current study is very different. In the LS-DS task, the rules don’t change, we just add in another option — the shortcut. So, subjects can use their familiar strategy, or they can use the more efficient, direct strategy. We think that this is more similar to everyday problem solving, where there are multiple possible solutions that must be chosen between.”

Pope and her colleagues found that Himba participants were significantly more likely to use the shortcut.

“We found that Himba participants were much better able to use the shortcut than Westerners. However, halfway through testing, we told participants ‘Don’t be afraid to try new things.’ After this prompt, there was no difference between the Himba’s and Westerners’ shortcut-use,” she told PsyPost.

It is still unclear why Himba participants were more likely to use the shortcut than Westerners. But future research could address several possible explanations.

“We suggest that through formal education, Westerners’ are trained to depend on learned strategies. The Himba participate in formal education much less often and this is one possible reason why they exhibited enhanced cognitive flexibility,” Pope explained.

“Future studies should look into how exposure to formal education impacts creative problem-solving. How might being taught to follow strict problem-solving directions limit our ability to adapt to new contexts?”