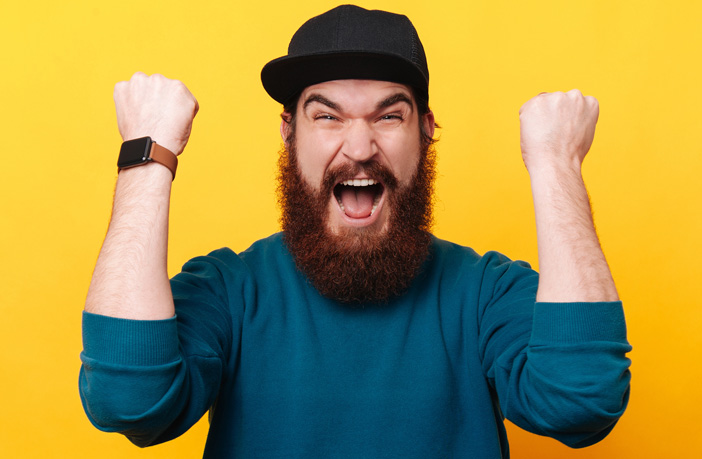 Scientists are beginning to investigate the importance of being able to attenuate positive emotions. A new study, published in the Journal of Personality Assessment, provides some of the first evidence that uncontrolled positive emotion is linked to negative outcomes.

“I was initially interested in seeing if we can improve people’s emotion regulation abilities by making them think that they’re better at it,” said Christopher Zou, a research scientist at Altus Assessments and the corresponding author of the study.

“I’m sure we can all think of times when we’ve met someone who has a little bit of trouble controlling their positive emotions as well — perhaps someone who can’t control their outburst of laughter, or maybe gets a little bit too wild at company gatherings,” Zou explained.

“That’s why we developed an emotion regulation scale to see if we can tap into an individual’s ability to down-regulate their positive emotions alongside the other components that are typically studied in this domain.”

In a third study with 483 participants, the researchers found that the down-regulation of positive emotions was associated with lower levels of attachment anxiety, higher levels of resilience, and fewer days of hospitalization.

“In fact, we were even able to show that one’s ability to down-regulate their positive emotions can uniquely predict risky behaviour outcomes (i.e., number of days hospitalized in the past year), as we hypothesized that people who aren’t too good at controlling their excitement would likely be bigger risk-takers.”

The research provides a new foundation for future studies. But like all research, it includes some limitations.

“As everything was self-reported, we’re not quite sure about the accuracy in which people are able to assess their own ability to regulate their emotions. As we don’t have a gold standard ‘objective’ measure of emotion regulation, this will be a challenge for future researchers in this area,” Zou said.

“Ultimately, we’d also like to see if we can create interventions that help people improve their emotion regulation abilities so that we can more effectively navigate our own environment.”

The study, “Don’t Get Too Excited: Assessing Individual Differences in the Down-Regulation of Positive Emotions“, was authored by Christopher Zou, Jason E. Plaks, and Jordan B. Peterson.