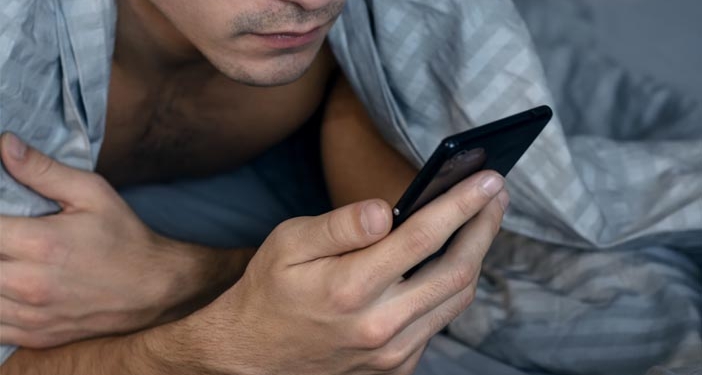 Men who send unsolicited images of their private parts primarily do so with the hopes of receiving either similar images or sexual interactions in return, according to a new study published in the Journal of Sex Research.

“We were interested in this topic because, until now, there had not been any empirical research into the motives men having for sending unsolicited pictures of their genitals. There were plenty of hypotheses, theoretical musings, and anecdotal postulations, but no actual scientific investigation,” said study author Cory L. Pedersen of Kwantlen Polytechnic University and founder of the ORGASM Research Lab.

In the study, 1,087 heterosexual men completed surveys to assess demographic information, narcissism, sexual behavior, sexism, and motivations behind sending genital pictures. About half of the men reported sending unsolicited genital images, while the other half did not.

The researchers found that men who sent unsolicited images tended to be younger, more narcissistic, and more sexist. The most common motivation for sending such an image was hoping to receive sexual pictures in return, followed by hoping to turn on the recipient.

Only about 18% of men reported sending unsolicited images for their own satisfaction. Most men also hoped to make the person who received the image feel excited or attractive.

“People should revel in the importance of science. That is, people often believe that the main reason men send unsolicited dick pics is because they dislike women/are sexist and wish to anger, shame, or otherwise express their hostility toward women,” Pedersen told PsyPost.

“This study revealed something quite different. This study revealed that the main reasons men send dick pics are for those of transaction (‘I’ll show you mine and you show me yours’) or partner hunting (‘you’ve seen my dick, let’s hook-up’).”

“Further, the reactions that men most desire from recipients are positive (feelings of attractiveness, for instance), not negative, as people often expect,” Pedersen said.

“That doesn’t mean to suggest we should blindly accept this type of activity — or not censure men for sending unsolicited images. Consent is sexy, and the sending of unsolicited images violates consent. But it does mean that without science to guide our understanding of people’s behaviour, we may surely be making unfounded assumptions.”

But that’s not to say that all men have good intentions when they send an unsolicited image. About 10% agreed with the statement “Sending dick pics gives me a feeling of control over the person that I have sent it to,” and nearly 6% agreed that “I feel a sense of dislike towards women and sending dick pics is satisfying.”

“Our results indicate that a significant minority of men reported sending dick pics with the intention of eliciting negative emotions in the recipients, primarily shock, fear, and disgust,” the researchers said in their study.

“We still need to examine women’s responses and reactions to receiving unsolicited dick pics, because again, the assumption is that women universally find the receipt of such images repugnant. Without science, we don’t yet know the varied responses women have to receiving dick pics (and they certainly must be varied, as women are not all the same and human sexuality itself is exceptionally diverse),” Pedersen added.

“We are in the process of collecting data regarding women’s reactions to receiving unsolicited dick pics in order to more fully understand this phenomenon.”

The study, “I’ll Show You Mine so You’ll Show Me Yours: Motivations and Personality Variables in Photographic Exhibitionism“, was authored by Flora Oswald, Alex Lopes, Kaylee Skoda, Cassandra L. Hesse, and Cory L. Pedersen.