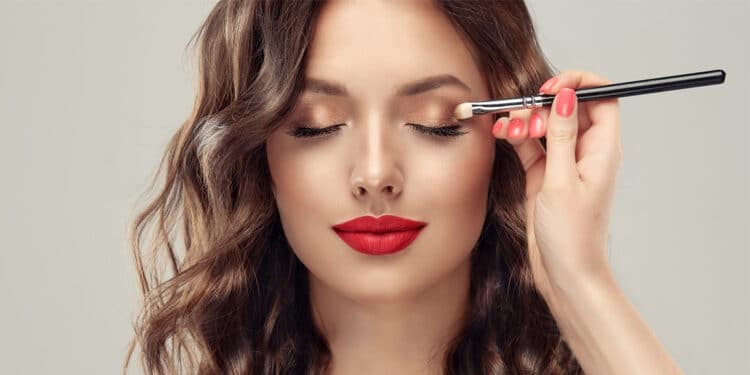 Although many women feel a societal pressure to wear makeup, a new study suggests that women who wear makeup are not always positively evaluated. Women wearing more makeup were more likely to receive objectifying judgments concerning their mental and moral capacity, through assumptions about their sexual behavior. The findings were published in the European Journal of Social Psychology.

Makeup companies are part of a multi-billion dollar industry that is primarily marketed toward women, and cosmetics are widely used by women around the globe. In two experiments, study authors Dax J. Kellie and his colleagues aimed to unearth the positive and negative effects of makeup-wearing.

An initial experiment had a sample of women between the ages of 18 and 59 imagine that they were about to participate in one of four hypothetical scenarios — going on a date, attending a job interview, creating an Instagram post, or going to the grocery store (control condition). After being assigned a scenario, the women were either asked to apply makeup for the situation (using a digital app to apply makeup to their photograph) or to write about the situation. All subjects then completed self-assessments of agency, humanness, competitiveness toward other women, and reactions to a partner’s jealousy.

The researchers found little evidence to suggest that the application of makeup had any benefit on the women’s self-perceptions. There were no significant differences in the women’s self-ratings by makeup condition, scenario, or amount of makeup applied using the app.

In a follow-up experiment, a sample of men and women were shown a subset of the photographs of participants from the first experiment. The set of photos included 101 photographs taken before makeup was applied using the app, and the same 101 photographs after the makeup was applied. Participants were asked questions addressing their perceptions of each woman’s mental and moral capacity. The responses were divided into two measures: agency (ability to think, plan, and knowingly act out behavior) and patiency (capacity for feeling pain, emotions, and being the target of wrongful behavior).

The researchers found that the amount of makeup the women wore affected perceptions of their agency and patiency, through judgments of their attractiveness and sexual behavior. Women with more makeup were rated as more attractive, which in turn was associated with greater agency and greater patiency. But women with heavier makeup were also rated as more likely to engage in casual sex, which in turn was associated with lower agency and patiency.

“The results of Experiment 2 tell a consistent story: that the amount of makeup a woman wears can influence others’ perceptions of her perceived ability to think, act intentionally, feel emotions, and receive moral treatment,” Kellie and colleagues explain. “Whether these perceptions were positive or negative depended upon the perceiver’s associations between a woman’s makeup, her attractiveness, and her likeliness to pursue casual sex.”

The authors say that their findings will need to be replicated with future studies. Overall, the results suggest that makeup-wearing can, in some cases, lead women to be targets of objectification.

The study, “Behind the makeup: The effects of cosmetics on women’s self-objectification, and their objectification by others”, was authored by Dax J. Kellie, Khandis R. Blake, and Robert C. Brooks.