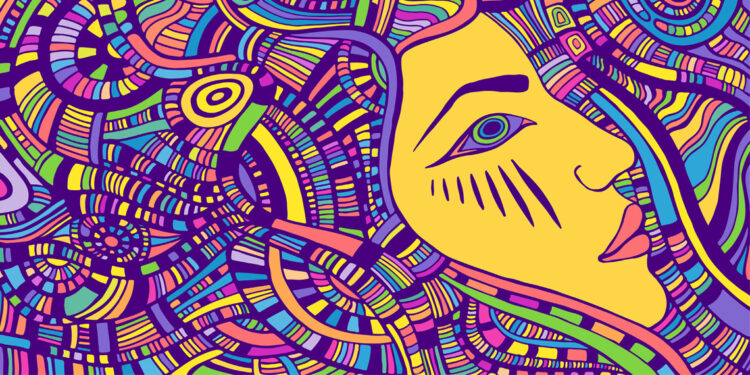 Despite their illegality and a tendency among the media and politicians to demonize their use, psychedelics have been shown to have transformative effects on individuals suffering from mental health problems, including depression and anxiety. At the same time, drug use more generally is a powerful predictor of mental health issues and the line between recreational and medicinal use is often thin.

Ayahuasca is a psychoactive Amazonian brew which holds a central place in healing rituals and popular syncretic religions, especially in South America. Despite its widespread use in these contexts and growing interest globally, however, large-scale studies were lacking until very recently.

The Global Ayahuasca Project was conducted from 2017 to 2020 and is the largest cross-sectional study on Ayahuasca use to date, taking the form of an online self-reported questionnaire. A portion of its results are published in the Journal of Affective Disorders Reports, and tell the story of a significant connection between Ayahuasca use and improvements in affective disorders.

The study included more than 11,000 respondents, 7,785 of whom reported suffering from symptoms of depression or anxiety at the time of consumption. The authors made use of a variety of measures to assess mental health outcomes among Ayahuasca users, as well as their subjective experience both during and following consumption.

The results of the study show an impressive amelioration in depression and anxiety symptoms nearly across the board. 94% of respondents experienced some (“a bit”), great (“very much”) or complete resolution of depression symptoms; the same was true in 90% of cases for anxiety symptoms.

The large sample size allowed for the authors to draw a number of significant conclusions about the kinds of Ayahuasca experiences that correlated most strongly with important improvements. Those who reported more profound mystical experiences, for example, tended to experience the greatest improvements. A greater number of insights into one’s personal relationships also correlated strongly with improvements, suggesting one cognitive pathway by which the drug may reduce anxiety and depression symptoms.

Not all respondents were so lucky, however. A small minority of individuals reported worsened depression symptoms (2.7%) and worsened anxiety symptoms (4.4%). Of course, depression and anxiety symptoms evolve over time and it may be that the Ayahuasca use was unrelated to these changes, but there is at least some evidence of its implication. For example, feeling disconnected or alone; nervous, anxious or on edge; or depressed or hopeless in the weeks immediately following consumption were all predictors of worsened symptoms.

One major limitation of the study is its cross-sectional nature, meaning that we can’t reliably confirm a causal relationship. It’s also worth mentioning that self-reporting, and especially historical, affective self-reporting can be unreliable. Finally, delivery of the questionnaire via Ayahuasca groups and forums, where individuals with positive reactions are more likely to be active, may have translated to some significant selection bias.

Overall, the study suggests an important relation between Ayahuasca use and improved affect among individuals suffering from depression or anxiety, and very little evidence of negative mental health effects. Understanding the cognitive, emotional and even social pathways by which Ayahuasca and other psychedelics work is an important next step.

The study, “Ayahuasca use and reported effects on depression and anxiety symptoms: An international cross-sectional study of 11,912 consumers,” was published in April 2021.