Cannabis could help lower the risk of fentanyl exposure among patients in treatment for opioid addiction, study suggests

by Beth Ellwood
in Addiction 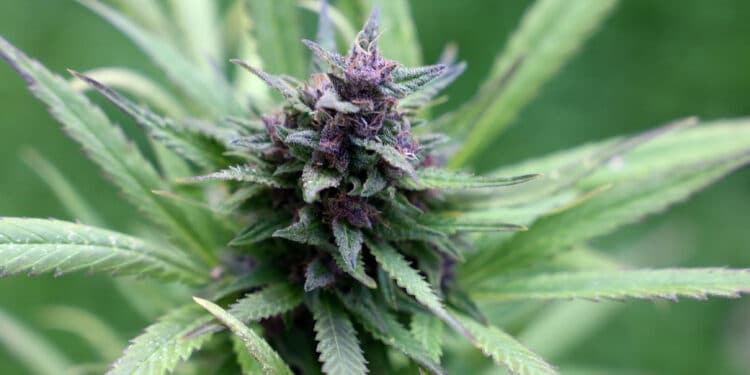 (Image by Rolf Hansen from Pixabay)

A longitudinal study among patients receiving opioid agonist therapy (OAT) uncovered a reduced risk of exposure to fentanyl among those who had recently used cannabis. The findings, published in the journal Drug and Alcohol Dependence, lend preliminary support for controlled cannabinoid administration as a possible addition to OAT.

In the United States and Canada, the opioid crisis continues to be a serious public health issue that is exacerbated by the increased presence of illicitly-manufactured fentanyl in the unregulated drug supply. Fentanyl is a highly potent synthetic pain medication that is between 50 and 100 times stronger than morphine. Serious danger arises when opioid users unknowingly consume drugs that are laced with fentanyl, increasing their risk of overdose and death.

Opioid agonist therapy is the leading treatment for people seeking relief from opioid addiction, where patients are given controlled doses of opioid agonists to weaken withdrawal side effects and lower their risk of overdosing. But there is evidence that patients continue to use unregulated opioids during therapy, suggesting the risk of fentanyl exposure remains.

A research team led by Eugenia Socías was sparked by a collection of evidence linking cannabis use to reduced use of opioids. Importantly, they wanted to explore whether cannabis use would be associated with reduced fentanyl exposure among patients in OAT. To do this, they conducted a study in Vancouver, Canada — a city facing a serious opioid crisis and a fentanyl-contaminated drug supply.

The study sample consisted of 819 patients in OAT who were between the ages of 38 and 55. The participants were observed over a period of about two years, which included in-person interviews and urine drug tests at the start of the study and every six months thereafter.

Moreover, in the longitudinal model, recent cannabis use was associated with a lower likelihood of being exposed to fentanyl. This was true even after accounting for numerous covariates such as type of OAT, exposure to other opioids, and exposure to structural factors like incarceration and homelessness.

Socías and her team acknowledge that their findings reveal an association between cannabis use and reduced exposure to fentanyl but cannot be taken as evidence that one causes the other. However, the results are in line with emerging evidence that cannabis use is tied to reduced use of opioids among people who use illicit drugs.

“Taken together,” the authors speculate, “these findings would suggest that some people who use drugs (including those on OAT) may be using cannabis as a harm reduction or self-medication strategy to reduce their use of illicit opioids by managing cravings, withdrawal symptoms, or other common comorbidities in this population, including pain, anxiety, or insomnia (Lake et al., 2019; Wenger et al., 2014).”

The researchers stress the value in furthering this research to determine whether cannabinoids could serve as a tool to improve clinical outcomes of patients enrolled in OAT, potentially lowering the risk of overdose and death. Socías and her colleagues note that their sample was not randomly selected and participants were recruited from a specific community dealing with an opioid crisis and fentanyl-contaminated drug supply. Their findings may not generalize to other populations.