Could listening to music be slowing you down at work or school? 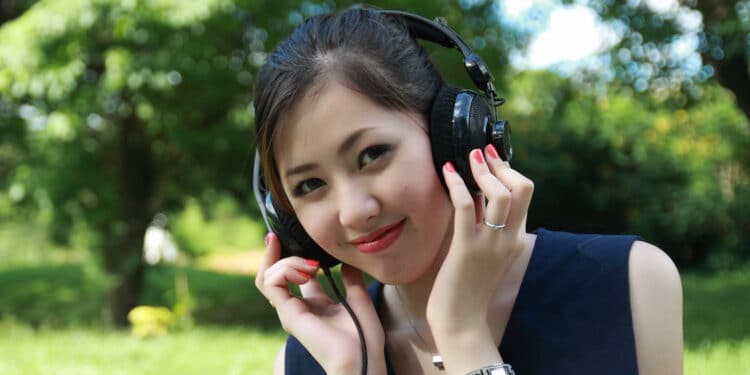 Background speech, noise and music are all known to impact cognitive tasks that involve vision. For example, certain styles of music, like Mozart or repetitive music with a narrow tonal range, have been shown to improve reading comprehension. Contrarily, hip-hop, slow-tempo music by Bach, and fast and loud music have all been shown to disrupt reading comprehension. Each of these effects, additionally, can be modulated by musical preferences.

The effects are thus varied, but little is known about the neurological effects that underpin them. Learning more about this was the goal of a team of Chinese researchers, whose study on the effects of background music on neural responses during reading comprehension was published in Scientific Reports (Nature).

In the study, 39 individuals were separated equally into three conditions: silence, low-arousal music and high-arousal music. The authors chose to focus on the N400 event-related potential, a brainwave (detected with electrodes placed on the scalp) that is known to occur in the case of semantic violations: sentences in which the last word has been changed to violate world knowledge (e.g., “I take coffee with cream and dog.”)

The results of the study confirmed the authors’ hypothesis, namely that listening to music resulted in a larger N400 effect than in the control (silent) condition.

Traditionally, it is assumed that a larger N400 reflects greater difficulty in integrating words into context. Subscribing to the “limited capacity theory”, which states that individuals’ attentional resources are limited such that concurrent tasks must compete for them, the authors conclude that background music may present a significant source of distraction for reading comprehension by increasing the difficulty of semantic integration.

Of course, this must be considered in light of the aforementioned positive effects of music like Mozart in regard to other cognitive tasks. Indeed, all signs indicate that the relation between auditory factors, be they speech, noise or music, and cognitive tasks of a visual nature are complex and will require much research to unravel.

Understanding this relation, however, may help create environments more conducive to work and study and will extend our understanding of how competing stimuli are integrated.