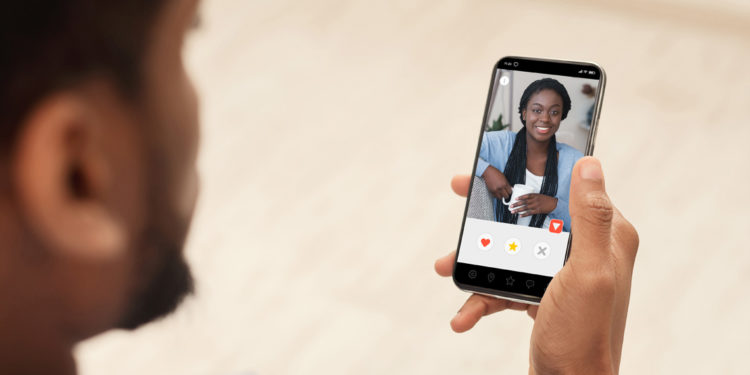 People’s initial decision to choose or reject a potential partner on a dating app is based primarily on their attractiveness and race, according to a new study published in the Journal of Research in Personality. The findings suggest that people of color face barriers to dating on mobile apps such as Tinder.

“Dating on mobile apps has turned traditional dating on its head. A lot of the current research we have on how people meet romantic partners comes from relatively controlled settings — meeting through friends, at work, out in public, or online,” said lead author William J. Chopik, an associate professor and director of the Close Relationships Lab at Michigan State University.

“However, mobile dating apps are completely different. It often involves selecting the eligible range of people we could potentially talk to. In some ways, many of the same things that guide partner selection in other contexts hold true in mobile dating apps. However, there are plenty of new things too. We wanted to find out the factors that went into people swiping and choosing who to talk to on a mobile dating app.”

For their study, Chopik and his colleague, David J. Johnson, developed a Tinder-like app that allowed users to “swipe” right or left on potential partners to choose or reject them. In four separate studies, with 2,679 participants in total, the researchers found that male participants tended to swipe right more often than women, indicating that men were less choosy when picking out potential partners. Both male and female participants who perceived themselves to be more attractive tended to swipe left more often.

The penalty for Black individuals was particularly large. Participants were 2.3 to 3.3 times less likely to swipe right on Black versus White partners. The penalty for Hispanic individuals, on the other hand, was small and only appeared in two of the four studies.

“The most consistent finding from our study is that, by far, people use very surface-level features to swipe on romantic partners. Basically, it’s how attractive people are and, more surprisingly, the race of the person. People of color experience a large penalty when navigating these dating apps — they’re less likely to be swiped right on (i.e., chosen) controlling for how attractive they are,” Chopik told PsyPost.

The participants provided the researchers with demographic information such as their age, sex, race, whether they were in a relationship, and whether they were open to dating someone outside their race. They also completed assessments of attachment anxiety, sociosexuality, the Big Five personality traits, and self-esteem. But these individual differences were largely unrelated to dating choices.

“Also surprising is just how many things didn’t matter! At least at this initial stage, it doesn’t matter much who the person choosing is — their personality, how much they wanted short-term relationships/hook-ups — or even much about the people being chosen — how symmetric their face was, how they wore their hair,” Chopik said. “What mattered most when swiping was how attractive the people were and whether they were from the same racial/ethnic group. It really sheds a light on the types of things that go into how people choose romantic partners in these settings.”

While attractiveness and race played a major role in participants’ decisions to swipe left or right, the study only examined a small slice of the dating process.

“The studies only tested the initial phase of dating — narrowing down the number of people you could potentially date. Apps like Tinder have this initial swiping feature which results in a ‘match’ that enables two people to start talking to each other,” Chopik explained.

“But there’s so much more to dating. That conversation has to go well, people have to meet in person (and that has to go well), and more and more important relationship milestones happen after that. We only looked at the small sliver of how people choose partners on mobile dating applications. What we need to know next is what predicts success among relationships that start on these platforms?”

The study, “Modeling dating decisions in a mock swiping paradigm: An examination of participant and target characteristics“, was published February 20, 2021.