Brains are getting smaller in modern humans 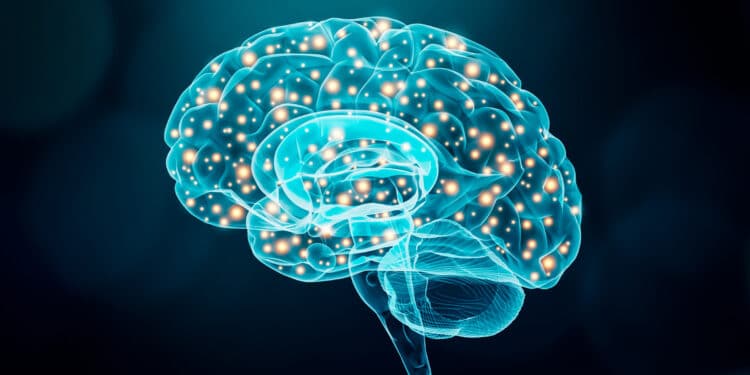 Research published in Brain, Behavior, and Evolution has identified decreases to encephalization levels in modern humans, with much of these declines being explained by increases in obesity.

Throughout the past 4 million years, hominin body size has increased, with the brain growing at a disproportionate rate in relation to the rest of the body. Increasing encephalization is believed to be the main driver of the higher cognitive ability observed in mammals. Contrasting millions of years of hominin evolution, brain mass of the anatomically modern (AM) Homo has significantly decreased in the last 50,000 year.

Study author, Jeff Morgan Stibel, argues that it is unclear “why human brain size has been declining since at least through the Late Pleistocene.” Relatedly, we do not know of its “impact, if any, to human cognition.”

In this study, specimens were only included if there were sufficient remains to generate independent estimates of both body and brain mass. Thirty Holocene and 25 Late Pleistocene AM Homo skeletal dimensions which allowed for cranial and postcranial estimates were utilized, alongside 16 older hominin specimens which were used for broader comparison. Autopsy data for 19 individuals deceased between 1980-1982 was utilized for modern humans.

Encephalization was used as a proxy for the cognitive faculty of prehistoric Homo. While relative and absolute brain size have been found to strongly correlate to cognitive function in humans, this could still pose a limitation. But given the limitations of working with prehistoric remains, considering factors such as neuron count, cortex scaling, or other variables relating to cognitive ability was not feasible. Thus, determining cognitive ability was limited to physical markers.

To account for some of these limitations, a meta-review of studies directly testing selection against phenotypes associated with general cognitive ability – including tests of cognitive function and surveys of educational attainment – were used to examine whether there has been an evolutionary impact to cognitive function in humans. Leveraging genome datasets within various studies, phenotypes associated with reproductive success that have been shown to influence evolutionary fitness across successive generations were used in order to examine for effects of natural selection.

Absolute brain size was found to have declined by 5.415% in modern humans, with significant reductions in Homo encephalization during modern periods as well. Changes to body size appeared to explain most of the recent changes in human brain size.

Throughout the past 50,000 years, encephalization levels remained relatively stable, with the exception of modern humans, who have experienced increases in BMI. Stibel argues that recent reductions in brain size are an adaptive response to the changing physiology – particularly body mass – of modern humans. When controlling for obesity, brain and body mass are comparable to prehistoric AM Homo.

Given environmental factors are more transient than genetics, it is unclear whether physical changes to the brain or genetic predispositions will produce a negative impact on human cognitive ability in the long-term. But Stibel highlights signs that point to a possible reversal of the Flynn effect – a phenomenon describing the long-term positive impact of environmental factors on human intelligence throughout the 20th century.

Over the past 30 years and across many parts of the world, there have been significant decreases in IQ, with the largest declines observed in industrialized nations. Thus, on an evolutionary timescale, improvements in the environment may not be adequate to offset long-term impacts of genetic and physical changes to the brain. Stibel questions whether natural selection can drive species level intelligence beyond an upper bound of fitness.

The study, “Decreases in Brain Size and Encephalization in Anatomically Modern Humans”, was authored by Jeff Morgan Stibel.