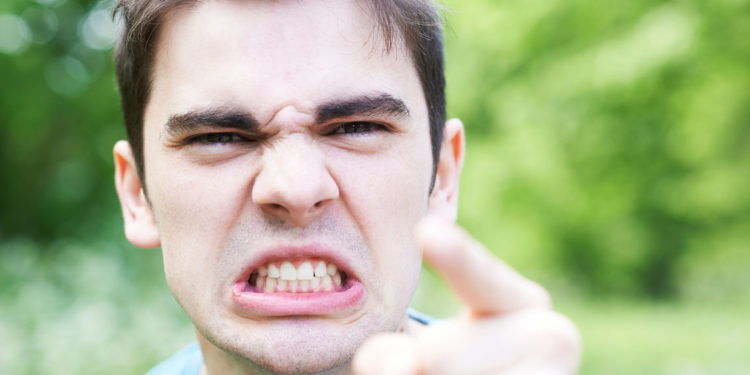 Research published in the Journal of Experimental Social Psychology has revealed that hatred toward collective entities, such as institutions or groups – but not individuals – can bolster meaning in life.

“I think that any casual observer of human nature recognizes that many prominent cultural figures or political movements gain a lot of steam when they have a clear, identifiable enemy that they are fighting against. I started reflecting more on why this might be, and it occurred to me that having an enemy, someone to hate, might energize people,” explained study author Abdo Elnakouri (@AbdoElnakouri), a PhD student at the University of Waterloo. “Hatred might be a powerful motivating force, giving people a clear purpose against a worthwhile enemy—in other words, a life full of meaning.”

While personal hatred aimed toward specific people could spur meaning, it may also elicit negative feelings (e.g., victimization, resentment) which might undermine any derived meaning. Collective hatred is aimed toward groups, social phenomena or institutions, and may be more likely to inspire a sense of purpose in life that transcends the negative experiences associated with personal vendettas. Further, hatred toward abstract collective entities may provide a more simplistic, evil enemy compared to personal hatred toward a concrete individual.

The ability of hatred to spur meaning in life may be explained by motivational states associated with a sense of purpose and significance. Purpose has been linked to Behavioural Activation System (BAS) related motivational states, revolving around commitment to concrete or abstract priorities, and “wanting” states that push people toward their goals. The pursuit of ultimate values is associated with these same BAS-processes and may enhance BAS activation due to excitement relating to the transcendent significance of one’s goals. If hate provides a sense of purpose by presenting an enemy that ought to be stopped, those who experience hate could gain a sense of meaning in life through these processes.

Hate may also inspire meaning in life by influencing motivational states linked to coherence and threat. Coherence involves having a predictable view of the world, which is free of threat and uncertainty. The Behavioral Inhibition System (BIS) is activated by threats; for example, a threat to one’s coherent worldview, which may spur internal conflict, as well as feelings of uncertainty and confusion. As such, hate may increase meaning in life by offering a simplistic “us vs. them” view of the world that quells BIS-linked threats.

Elnakouri and colleagues recruited a total of 847 participants. In Study 1, participants responded to questions about meaning in life with regard to how their day was. They were then prompted to think about something or someone they hate (or dislike for the control group). Afterwards, they categorized the objects of their hate (i.e., personal or collective) and wrote about the reason for their hate or dislike, and the feelings they experience when thinking about this object.

Next, participants responded to a manipulation check item to ensure those in the experimental group were indeed experiencing more hate than those in the control (dislike) group. Participants then completed the same meaning in life questionnaire items, providing ratings for how they felt in that very moment. Lastly, participants rated the presence of various emotions when thinking about the object of their hate/dislike (e.g., angry, happy, determined).

Study 2 followed an identical procedure, with the addition of an anagram task, which the researchers used to measure task motivation.

The researchers found that writing about hatred – as opposed to mere dislike – toward collective entities, but not individuals, heightened BAS-linked feelings (i.e., eagerness, determination, enthusiasm), which underlies both a sense of significant purpose and quells feelings associated with threat and the BIS system (i.e., confusion, uncertainty, conflict). Heightened BAS and lowered BIS predicted meaning in life that were beyond what the participants had rated at the very start of the study.

“First, conflict and hatred can meet people’s psychological needs. This might help explain why people are endlessly drawn to conflict or ‘struggle for the sake of struggle’, as Francis Fukuyama noted in The End of History,” Elnakouri told PsyPost. “Recognizing this, perhaps we can train ourselves to struggle against, or even hate the right things in life. Second, I would like people to think more about whether they themselves are prone to engage in struggle for its own sake, and to be mindful of when they are doing it to get a psychological kick out of it, rather than out of principle.”

Exploratory analyses suggest that personal hatred did not enhance meaning in life the same way collective hatred did, due to meaning-dampening negative emotions associated with heightened feelings of threat.

“One of the findings in the paper is that people become more energized after describing a collective form of hatred rather than a personalized form of hate. While I think this is highly plausible, this analysis was exploratory and not done through a specific manipulation,” said Elnakouri. “So it could be that people who spontaneously nominated a collective form of hate are different than those who nominated a personalized form of hate. Therefore, more work needs to be done to draw firmer conclusions.”

The researcher added, “I think one interesting question would be to see how hate compares to other sources of meaning in life. Is hate more potent than love, for example, at giving people a sustained sense of meaning? Perhaps hate is easier or safer because it is less vulnerable than love; you don’t have to be open with another person to experience the meaning that comes from fighting an enemy.”

The study, “Hate and meaning in life: How collective, but not personal, hate quells threat and spurs meaning in life”, was authored by Abdo Elnakouri, Candice Hubley, and Ian McGregor.