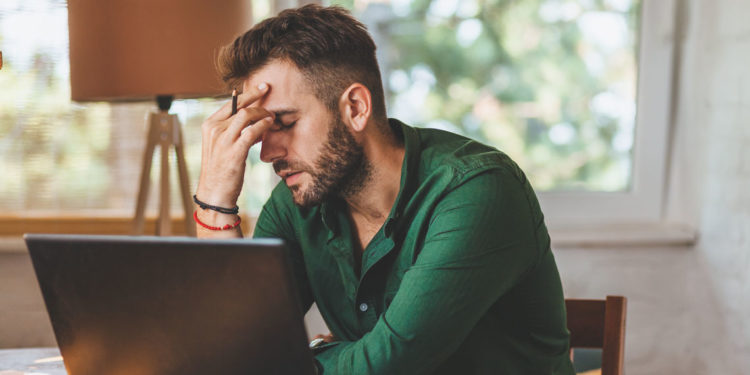 A new study published in the Journal of Social and Personal Relationships casts doubt on the commonly accepted view that men are less emotionally affected by romantic relationships than women. The research used language analysis algorithms to examine a massive dataset extracted from the website Reddit and found that more men than women were seeking emotional support for dealing with heartache.

“Our research was driven by the intention to study relationship problems in the real world and at a large scale – something that has not been done before, given that past research has primarily focused on professional contexts (e.g., couples counselling), that are not representative of the general population,” explained study author Charlotte Entwistle, a PhD candidate at Lancaster University. “We soon discovered that we had an excellent opportunity to study potential gender differences in relationship related behavior and relationship problems at a large scale, with the idea of putting traditional gender stereotypes to the test through naturalistic observation in anonymous contexts.”

The researchers analyzed 184,631 submissions to the “r/relationships” forum, which describes itself as “…a community built around helping people and the goal of providing a platform for interpersonal relationship advice between redditors. We seek posts from users who have specific and personal relationship quandaries that other redditors can help them try to solve.” The researchers were able to determine the age and gender of 80.05% of the users based on the content of their submissions.

“Through analyzing the language of nearly 190,000 posts on an online relationships discussion forum, findings revealed that, perhaps unsurprisingly, communication patterns were the most commonly discussed relationship problem. However, the notion of ‘heartache’ was the most discussed theme in general, suggesting that people are seeking help for their relationships online by seeking support for the emotional distress caused by the relationships, rather than for advice on specific problems,” Entwistle told PsyPost.

“As we were conducting the study, we realized that this was an important opportunity to put a lot of common ideas about gender differences in relationships to the test,” said co-author Ryan Boyd in a news release. “For example, are men truly less emotionally invested in relationships than women, or is it the case that men are simply stigmatized out of sharing their feelings?”

“What was most interesting was that when exploring gender differences, analyses uncovered that men in fact discussed heartache on the relationships forum more than women, and they also showed language patterns consistent with a more secure attachment style,” Entwistle explained. “This indicates that men are at least as emotionally invested in relationships as women, and once the traditional barriers to seeking help are removed (e.g., social stigma), men appear just as motivated to seek help for their relationship problems.”

The researchers also found that the relationship forum was used by men more than women. Approximately 55% of the users were men. But this could simply be a reflection of the website’s demographics, rather than an indication of who is more likely to seek relationship help.

“Although we use a large sample of data, the data is naturally limited to users of a single website (i.e., Reddit). Thus, the sample may be biased consistent with the user base of Reddit (e.g., younger, male, American). Further, given the exploratory nature of the data, we cannot say whether gender differences were confounded with the current ‘stage’ of relationship problems people were experiencing,” Entwistle said.

“While beyond the scope of our study, future research should aspire to disentangle such complexities. Finally, although our findings provide novel insights into relationship help-seeking in online anonymous contexts, the quality of the help and advice given within these contexts remains unaddressed. If the advice provided is of poor quality, relationship problems may be exacerbated, contributing to further interpersonal problems. We anticipate further analyses of anonymous, online relationship discussion platforms to determine the quality and subsequent implications of such advice.”

The findings could also help to destigmatize help-seeking by showing how common many relationship problems are among men.

“Our findings reveal how traditional social stigmas, such as gender norms and expectations, can interfere with help-seeking in stigmatized groups (in this case, men), but when stigmas are removed (e.g., in anonymous online platforms), people that would typically not seek help from real-life acquaintances then feel comfortable to,” Entwistle said. “We hope these findings help to de-stigmatize seeking help for relationship problems, and seeking help in general, particularly among traditionally stigmatised groups.”

The study, “Dirty laundry: The nature and substance of seeking relationship help from strangers online“, was authored by Charlotte Entwistle, Andrea B. Horn, Tabea Meier, and Ryan L. Boyd.