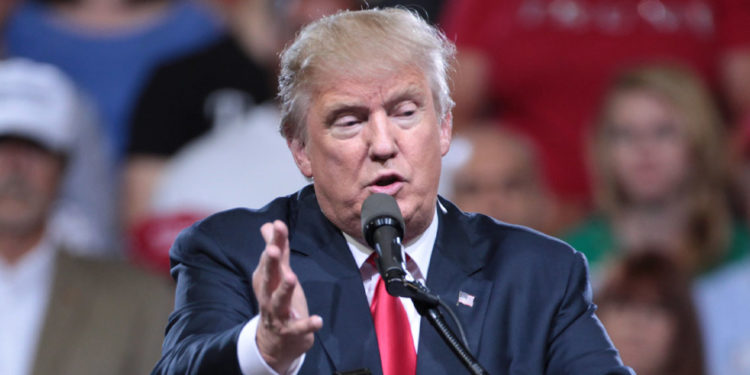 New research sheds light on how people resolve inconsistencies between their own moral views and that of their preferred candidate. The findings, published in Political Psychology, suggest that U.S. voters on both sides of the political aisle tend to revise their perceptions of political leaders they support to align with their own moral beliefs.

The study, which examined the 2016 U.S. presidential election, also found that Republicans, but not Democrats, appeared to revise their own moral beliefs to reduce incongruities with Donald Trump.

“A lot of work in political science research shows how voters are often ‘followers,’ adjusting their views on issues to match the messages they get from their party’s leaders. We wanted to see if that pattern extended to moral beliefs as well, as morality is usually assumed to be more stable and thus exerting a causal influence on political preferences such as candidate choice,” explained study authors William Kidd and Joseph A. Vitriol.

“You could see this assumption play out in the 2016 campaign, where both the media and the Clinton campaign treated Republican votes as ‘gettable’ due to differences between the typical Republican positions on moral issues and what positions Trump held. However, we expected voters would be motivated to resolve those differences in some way (either adjusting their own views or how they viewed the candidates) in order to justify their original decision of which candidate to support.”

The researchers analyzed data from a four-wave study of the 2016 presidential election by the Center for the Study of Political Psychology at the University of Minnesota, Twin Cities. The study recruited an initial sample of 3,557 U.S. citizens and surveyed their attitudes in July, September, October, and November 2016.

“Political leadership is moral leadership,” the researchers told PsyPost. “Many voters revise even their fundamental views of what they describe as right and wrong based on their perceptions of the candidates they support. Ideas and positions that might have seemed out of bounds can become normalized very quickly if they receive support from political leaders.”

“That voters adjust their ‘perceptions’ of the candidates is also likely a reason partisan conflict often seems so intractable, as voters from each party may not even share a common understanding of the candidates in question, limiting any form of reasoned debate.”

The researchers controlled for race, gender, age, education, income, political knowledge, partisan identification, and political ideology. But as with all research, the study includes some caveats.

“It’s hard to determine if the differences we find between Clinton and Trump supporters are due to differences between Democrats and Republicans more broadly or if the results reflect unique qualities of those particular candidates,” Kidd and Vitriol explained. “We’ve found evidence in our follow-up work in the 2020 election for both possibilities, with Biden supporters seeming to show a bit more congruence in self-candidate moral beliefs than Clinton supporters did but still less than Trump supporters show.”

“We’re also looking at what could explain those differences,” they added. “Is it due to the differing media landscapes each side consumes? How they connect their sense of morality to voting? We also want to better understand the consequences of these processes for how voters view politics and how they act on those views. Our follow-up work seems to show higher levels of congruence predict more polarized evaluations of political actors among Biden supporters, and increased political engagement and anti-democratic attitudes among Trump supporters.”

“The desire to achieve congruence between one’s own beliefs and what people perceive their party as believing is likely to contribute to the polarization in U.S. politics, and may have more severe consequences when people feel threatened by political events or processes,” Kidd and Vitriol concluded.