Women who self-objectify are less aware of the cold during nights out, study finds 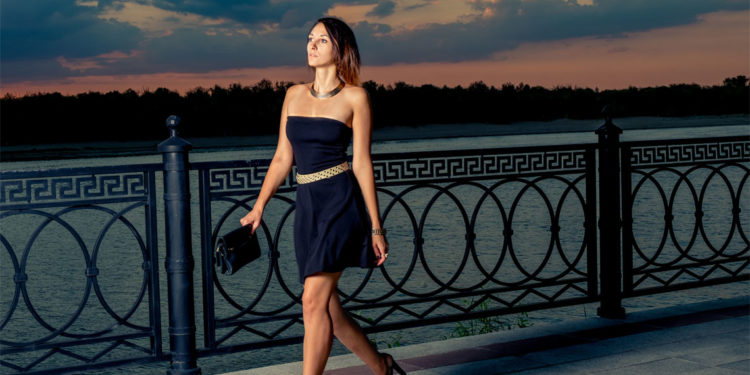 A heightened focus on appearance might explain why many women do not feel cold when wearing little clothing in low temperatures, according to findings published in the British Journal of Social Psychology. Among a group of female nightclub goers, only those who were low in self-objectification reported feeling colder when wearing less clothing.

The study authors were motivated by a curious phenomenon whereby women seem unbothered by cold weather during nights out. When heading out to nightclubs or bars, many women forgo their jackets and wear outfits that expose much of their skin, even in winter. Authors Roxanne N. Felig and her colleagues proposed that there may be a psychological explanation for why these women do not seem to feel the cold — and it may have to do with self-objectification.

“Anecdotally, I think we’ve all witnessed the phenomenon of being out for a night on the town, when it’s absolutely freezing, passing by women wearing skimpy outfits and thinking to ourselves ‘aren’t they cold?’ Some of us may even have personal experience with defying the cold because a coat ‘didn’t go’ with our outfit,” explained Felig, a PhD student at the University of South Florida.

“This aligns with historical standards for women’s appearance which prioritize beauty over comfort. Victorian corsets, high heels, and cosmetic surgery are all examples of enduring discomfort for the sake of appearance. We think that this phenomenon is another example of women ignoring physiological cues to look good. So, we considered whether there might be some underlying psychological mechanism at play. Specifically, we sought to test it using objectification theory as a framework.”

Self-objectification is when a person is overly concerned with how others perceive their appearance. When people self-objectify, they view themselves as objects of attraction. Interestingly, a greater tendency to self-objectify has been associated with reduced attention to one’s bodily processes, for example, difficulty identifying feelings of hunger. A possible explanation for this is that an increased focus on appearance consumes attentional resources, reducing the resources available to attend to body awareness.

Felig and her team devised a field study to explore whether women with greater appearance concerns would be less likely to report feeling cold during a night out, regardless of their clothing choices. The research team surveyed 224 women who were either standing outside nightclubs or bars in a large US city. The data was collected over several nights in February when temperatures ranged between 46°F and 58°F. The women responded to a measure of trait self-objectification and reported how cold they currently felt. Photographs of the women’s outfits were also taken, and the researchers coded these images based on how much skin was exposed.

The results revealed that only women who were below average in self-objectification reported feeling colder when more of their skin was exposed. For women who were average or higher than average in self-objectification, there was no link between skin exposure and feelings of cold. The fact that this detachment from bodily states was seen even among women with average levels of self-objectification suggests that this disconnect may be typical among average women enjoying a night out. Notably, these findings remained after controlling for number of drinks consumed, perceived level of intoxication, age, and BMI.

“This study builds on existing research that standards for women’s appearance contribute to reduced body awareness, and that this manifests in women’s everyday experiences,” Felig told PsyPost. “These findings suggest that to the extent that women monitor their appearance, they increasingly lose access to their own physical experiences. In contrast, women low in self-objectification showed a positive, and intuitive, relationship between their clothing and feeling cold: the more skin they exposed, the colder they felt.”

The researchers discuss the troubling nature of these findings, which may represent a wider problem. The results suggest that self-objectification leads women to “lose access to their own physical experiences” which may increase susceptibility to danger. For example, a lack of body awareness while clubbing could lower a person’s likelihood of recognizing when they are inebriated or noticing physiological signals that they have been slipped a drug.

A disconnect from one’s physical experiences might also encourage fashion choices that cause lasting harm. Throughout history, women have sacrificed comfort in the name of beauty. But fashion choices like high heels or restrictive shapewear can have long-term physical consequences. “If self-objectification renders women insensitive to discomfort associated with appearance-motivated choices,” the study authors say, “engagement in such behaviours may reflect more than simply calculated sacrifices for the sake of beauty, but instead a kind of numbing to real and lasting bodily harm accomplished by their own self-objectification.”

The researchers acknowledge an alternative explanation for their findings — it could be that self-objectifying women were more motivated to say they were not cold. “When attention and energy are devoted to one’s appearance, but come at a cost of feeling discomfort, this could create cognitive dissonance,” Felig and colleagues explain. “To alleviate the psychological discomfort of this contradiction, women may engage in attitude change and simply decide that they are not uncomfortable, or in this case, cold.”

The authors say that a future study could attempt to differentiate between an unwillingness to report feeling cold and an inability to feel cold. This could be attempted with a lab study that more acutely measures cold perception. “This was all observational data, not an experiment, so we cannot infer causality, or the direction of this relationship. Future research should investigate if temporarily manipulating self-objectification contributes to reduced body awareness,” Felig explained.

“The main question people ask is if we considered alcohol– yes! We asked participants to report how many drinks they had consumed, as well as how intoxicated they felt,” the researcher added. “Neither statistically predicted feeling cold, and the overall relationship was unchanged when including them in the models.”