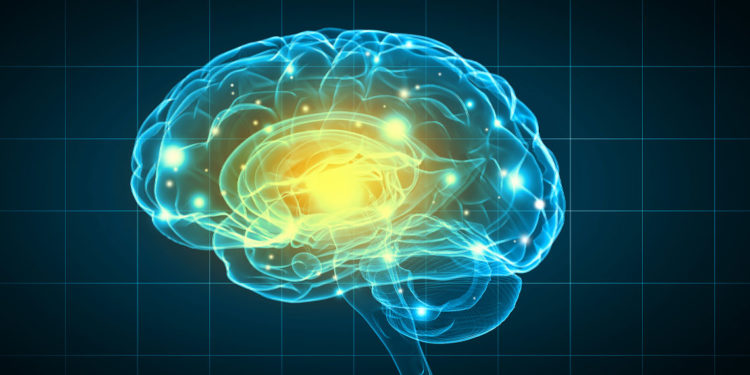 New research provides evidence that markers of inflammation, lipid metabolism, and body composition play a key role in predicting the likelihood of cognitive decline among depressed middle-aged adults. The study, published in Psychoneuroendocrinology, found that a history of depression interacted with allostatic load to predict a decline in cognitive performance.

Allostatic load is a measure of the cumulative damage that occurs as a result of chronic stress. It includes factors like high blood pressure and elevated levels of inflammation. Managing allostatic load is essential for maintaining good health. Many studies have indicated that having a high allostatic load is associated with poorer cognitive performance. But this previous work did not assess depression, leaving open questions about the nature of the combined effects of allostatic load and depression on cognition.

“Cognitive changes are common in depression, but the risk of cognitive decline over time is uneven between individuals with depression,” explained the lead author of the new study, George Perlman of the University of Toronto and the Sunnybrook Research Institute. “We wanted to know what makes some people more at risk. In the field of psychoneuroendocrinology, allostatic load is a sort of ‘theory of everything’ that is proposed to explain the long-term impact of environmental and psychological stress on overall health.”

“We assessed whether depression, allostatic load, or the two together, predicted cognitive decline. We examined people in midlife and followed them for 9 years, because cognitive changes at this time can set the stage for dementia.”

The researchers analyzed data from the Midlife in the United States (MIDUS), a national longitudinal study of health and well-being that recruited roughly 7,000 individuals aged 25-74 in 1995. The study sought to “investigate the role of behavioral, psychological, and social factors in accounting for age-related variations in health and well-being in a national sample of Americans.”

Importantly, the study collected a second wave of data between 2004 and 2009, and third wave data between 2013 and 2014, which both included physiological assessments and cognitive tests. The researchers zeroed in on 815 participants who had depression, physiological, cognitive data. They calculated allostatic load scores based on 24 biomarkers derived from blood samples, urine samples, body measurements, and electrocardiography recordings.

“People who had both depression and high allostatic load were the most vulnerable to cognitive decline in midlife,” Perlman told PsyPost. “In a sense, depression together with somatic wear-and-tear on the body ‘added up’ to accelerate cognitive decline. Future studies seeking ways to preserve cognitive function might focus on those most at risk – i.e. individuals who have both depression and high allostatic load markers such as inflammation and vascular risk factors.”

The cognitive tests included assessments of executive functioning and episodic memory. When examining individual physiological domains, the researchers found that inflammation was the largest moderator.

“Allostatic load is often estimated as a composite of physiological disturbances such as inflammation, metabolic dysfunction, blood pressure changes and autonomic dysfunction,” Perlman explained. “When we looked at these components individually, inflammation was the main culprit that, when present alongside depression, predicted decline in overall cognitive performance.”

None of these physiological disturbances predicted episodic memory declines in people with or without depression. But the researchers uncovered some specific biomarkers that moderated declines in executive functioning.

“Declines in brain functions such as speed, information processing, attention, sorting and general thinking ability (i.e. executive functioning) were seen specifically in people with both allostatic load and depression,” Perlman said. “For the decline in executive function, it was lipid metabolism (i.e., cholesterol and triglycerides) and body composition (BMI and waist-hip ratio) that showed the strongest interactions. Those metabolic factors are known to be particularly bad for blood vessels.”

“The cognitive results and risk factors identified could be suggestive of vascular dysfunction affecting the brain in people with depression. Neuroimaging studies might be useful to examine the white matter and regions like the prefrontal cortex, which are often affected by vessel disease.”

As with any study, however, the findings include some caveats.

“Although the study followed people for 9 years, longer follow-ups of larger groups will be needed to determine if the interactions we found predict incident dementia,” Perlman told PsyPost. “It will also be important to know whether the risk is related to Alzheimer’s disease, vascular dementia, or to a mix of the two, which is the commonest culprit.”

“The main limitation of this study is demographic; 93% of the study cohort was white. If we want to know whether these findings generalize to everybody in middle age, this analysis should be replicated in non-white populations and to those outside North America.”

“We would like to thank the investigators and staff of the Midlife in the United States study for providing the data, and for all their friendly guidance throughout,” Perlman added.