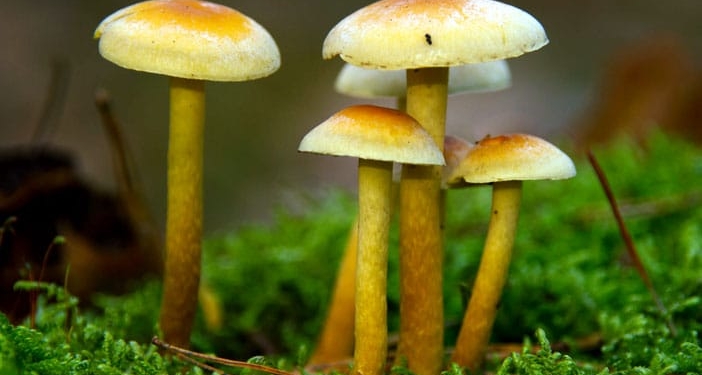 New research sheds light on why the psychedelic drug psilocybin helps to lessen the mental anguish experienced by people with advanced cancer.

“The findings of the study support the conclusion that psilocybin-assisted psychotherapy is well accepted by participants and constitutes a promising intervention for the treatment of existential and psychological distress provoked by a cancer diagnosis,” said the researchers, who published their findings in the Journal of Humanistic Psychology.

Psilocybin is the primary mind-altering substance in psychedelic “magic” mushrooms. The drug can profoundly alter the way a person experiences the world. It produces changes in mood, sensory perception, time perception, and sense of self.

Scientists have recently starting re-examining whether psilocybin can be used in the treatment of mental illnesses — and the initial results are promising.

“Despite the resurgence in research using psilocybin in recent years, the psychological mechanisms of action involved in psilocybin-assisted psychotherapy are not yet well understood,” the researchers explained.

In the study, the researchers interviewed 13 adults with clinically-elevated anxiety associated with a cancer diagnosis. The participants in the study underwent 3 months of psychological treatment as part of a Phase II clinical trial. They received two therapist-guided drug sessions (psilocybin or a placebo), which were separated by 7 weeks. They also received nine sessions of psychotherapy from two licensed psychotherapists.

Even though the interviewers did not ask about personal relationships, all of the participants said that their psilocybin experience had resulted in them seeing their loved ones in a new way.

As one participant told the interviewers: “Bit by bit, my daughters were turning into these radiant beings, cleansed of all these fears. It was incredibly emotional, because it was something I have, as their father, long known, but it’s a very great pain when you see your children being victimized by fears . . . to see these beautiful beings not realizing their essence.”

The forgiveness of others and seeing loved ones as spiritual guides was also a common theme. The psychedelic experience also caused a shift in their life priorities. “We forget what’s really important; we get carried away with work and making our money and paying our bills, and this is just not what life is about,” one participant remarked.

The participants also reported experiencing a heightened sense of emotion and a wide range of vivid closed-eye visual phenomena. It helped them find a sense of belonging too. Participants reported that they had found their “place in the cosmos” or experienced a feeling of “global connectedness.”

“It’s the first time I ever really felt like I was part of the world instead of separate from it.”

But the psychedelic experience wasn’t uniformly positive and glowing. A little over half of the participants recounted experiencing fear, confusion, panic, or paranoia during their psilocybin session. Experiencing an alteration in self-identity and the sense of self was also common.

Of the 13 who underwent psilocybin therapy, only one said he didn’t want to use psilocybin again. He explained, “You have a lot of things to learn from it, but how much fun is learning, you know? It is not that fun especially when you have to face some hard things… you start putting everything together, and at the end you are a better person because you know more. You know, but the experience itself is not fun.”