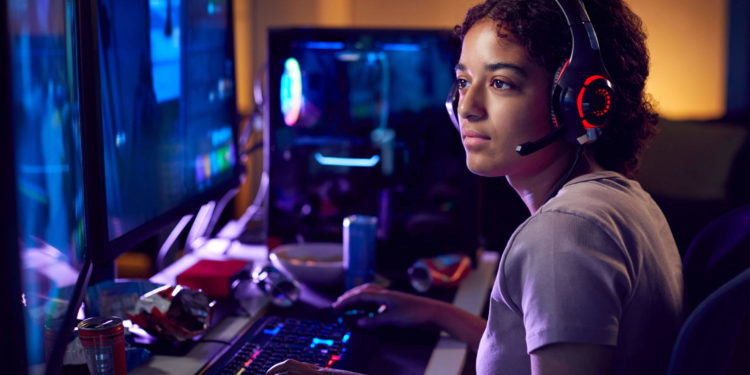 A new study published in American Behavioral Scientist suggests that the gender gap in video gaming ability is eliminated when accounting for previous gameplay experience.

As study authors Rabindra Ratan and colleagues say, the consequences of this discrimination against girls extend further than the gaming world. Studies suggest that gameplay helps cultivate an interest and skills in the Science, Engineering, Technology, and Math (STEM) fields. The gender gap in video gaming, therefore, contributes to a society in which fewer women seek and gain employment in these technical fields.

While studies suggest that spatial reasoning skills have sex-based biological underpinnings, there is also evidence that spatial-cognition can be influenced by practice. Ratan and associates were motivated to investigate whether the gender gap in video gaming ability might disappear with increased gameplay.

A study was conducted involving 3,227 male and 53 female players of World of Tanks (WoT), a spatial-action video game where players battle each other from armored tanks. Data from 31 days of gameplay was collected for each player, including each subject’s total earned experience points (XP).

As Ratan and team note, these findings suggest that the gender stereotypes concerning video gaming skills are flawed, even when it comes to games involving spatial reasoning.

“Thus,” the authors say, “the present findings provide evidence that spatial-action video games—which some people willingly play for large amounts of time in their daily lives—might be helping to counteract the gender-performance gap in video games.”

“In other words, by playing more spatial-action games, women and girls may diminish the preexisting performance gap by improving their spatial-thinking skills at a greater rate than men and boys, and thereby offering evidence that the stereotype is false.”

Ratan and associates further discuss that to best support girls in cultivating these skills, the gaming community should step up and take action against sexism and antagonism toward female gamers.

“The present research provides empirical evidence that could help fuel such social support,” the researchers emphasize. “If gaming communities recognize that women and girls can compete at the same level as men and boys given a sufficient amount of gameplay time, then these communities will hopefully facilitate the opportunities for such gameplay.”

The study, “Men Do Not Rule the World of Tanks: Negating the Gender-Performance Gap in a Spatial-Action Game by Controlling for Time Played”, was authored by Rabindra Ratan, Cuihua Shen, and Dmitri Williams.