Study suggests that cheating behavior, whether suffered or inflicted, is linked to poorer quality future relationships 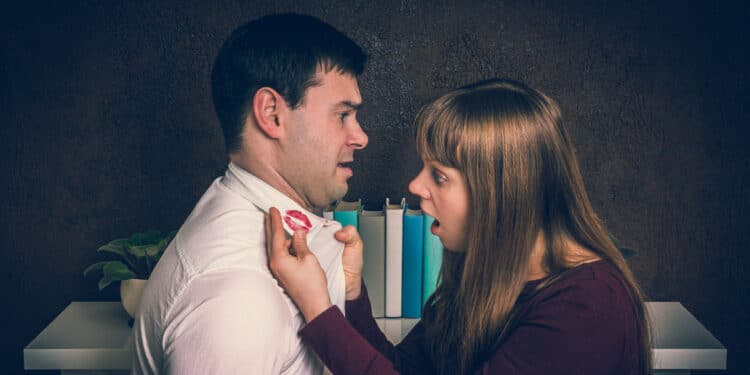 A new study published in Frontiers in Psychology explores how experiences of infidelity affect future relationships. Having cheated on a partner or having been cheated on by a partner were both associated with lower relationship quality in a current relationship.

Infidelity can be highly detrimental for the betrayed partner, leading to mental health consequences such as decreased sexual confidence and reduced self-esteem. If unresolved, conflicts to do with cheating can go on to affect an entire family, have been linked to increased anxiety and depression among children, and often culminate in divorce.

While it is clear that infidelity has a devastating impact on the relationship at hand, study authors Joana Arantes and team say that less is known about the long-term effects of cheating behavior, particularly when it comes to subsequent relationships.

The researchers recruited a sample of 364 Portuguese adults between the ages of 18 and 62. Around 69% were women, and 73% were currently in relationships. The participants completed demographic questionnaires and then responded to a set of items addressing their experience with cheating behavior. The questionnaires also assessed respondents’ sex drives and the value they place on physical attractiveness in a partner.

First, 26% of respondents indicated that they had cheated on a romantic partner at some point in their lives. Interestingly, those who indicated that they had betrayed a partner in the past perceived their current relationships to be of lower quality than those who had not cheated in the past. They also had higher sex drives. As Arantes and colleagues say, this latter finding falls in line with previous evidence suggesting that people who cheat tend to have higher sex drives.

Next, 44% of respondents reported that they themselves had been victim to cheating behavior in the past. Again, those who had been cheated on in their past reported lower current relationship quality and heightened sex drives. The researchers say these results may reflect findings from past research that show that those who have been cheated on are more likely to cheat on a partner in the future.

The researchers discuss gender differences that emerged from the data. Men were more likely to report having cheated on a partner (39%) compared to women (20%). Men also placed greater importance on physical attractiveness in a partner, reported lower current relationship quality, and had higher sex drives.

“Overall,” Arantes and colleagues say, “results of the present study add to our understanding of variables that play an important role in romantic relationship – perception of relationship quality, sexual desire, importance attributed to partner’s physical attractiveness, and self-perceived attractiveness – by showing there is a strong relationship between them and having betrayed a partner, or having been betrayed by a partner in the past.”

As the authors acknowledge, the findings are correlational and although certain variables were linked, it is unclear which influences the other. For example, it could be that someone with a high sex drive and an inclination to regard romantic relationships as unsatisfying will be more likely to cheat throughout their relationships. The researchers say future longitudinal research would help shed light on the most probable direction of these variables.

The study, “Extradyadic Behaviors and Gender: How Do They Relate With Sexual Desire, Relationship Quality, and Attractiveness”, was authored by Joana Arantes, Fátima Barros, and Helena M. Oliveira.