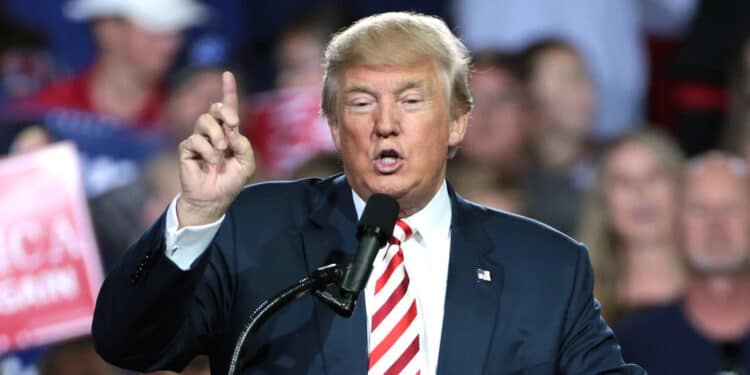 A study published in the journal Social Science & Medicine suggests that election outcomes can impact population-level mental health. Moreover, the extent of this impact depends on a person’s race/ethnicity and their surrounding political climate. The findings revealed that Latinx people living in Trump states and white people living in Clinton states experienced an especially high number of poor mental health days following the 2016 election.

The polarization of American politics has created social divides across the U.S. population. Notably, Donald Trump’s 2016 presidential election campaign was riddled with racist and anti-immigrant rhetoric that particularly targeted Mexican Americans. Unsurprisingly, studies suggest that mental health declined among the Latinx population in the United States during this time period.

Study authors Brittany N. Morey and her team conducted a study to explore whether the mental health effects of the 2016 election would be discernable at the population-level and whether ethnicity and state of residence would impact these effects. The researchers analyzed data from the Behavioral Risk Factor Surveillance System (BRFSS), a monthly telephone survey conducted by the Centers for Disease Control and Prevention (CDC). The dataset involved representative samples from the 50 U.S. states, collected between 2011 and 2018. The final sample involved 2,552,336 respondents.

The survey included a question asking respondents how many poor mental health days they had experienced in the past month, with mental health including “stress, depression, and problems with emotions.” Since the researchers were interested in exploring population-level mental health following Trump’s presidential election win, they compared data collected during the five months after Trump was elected (months from November 2016 to March 2017) to all other survey months. They also noted whether respondents were living in states in which the majority had voted for Trump or Clinton. Finally, they considered whether Latinx respondents were English-speaking or Spanish speaking, to potentially capture differences in acculturation among the Latinx population.

When looking at the total sample, Americans reported a higher average number of poor mental health days in the five months following the election than they did in any other survey month. This increase in poor mental health was especially apparent among English-speaking Latinx residing in states that voted for Trump and white people living in states that voted for Clinton.

Overall, the highest average numbers of poor mental health days were found among English-speaking Latinx in Trump states during the months of November 2016 and February 2017. Morey and her team note that during this time period, President Trump issued multiple executive orders that threatened the immigrant population, likely contributing to stress and anxiety among the Latinx community.

According to the study authors, the findings are in line with symbolic disempowerment — the distress experienced by historically oppressed groups when facing a political climate that escalates injustice. Residing in states that supported Trump likely exacerbated the powerlessness felt by the English-speaking Latinx population, given that these states were more likely to enact policies aligned with Trump’s agenda. Conversely, Clinton states were more likely to decry Trump’s policies, which may have protected Latinx mental health.

The white population living in states that voted for Hillary Clinton also experienced worse mental health following the election results. Notably, the month of December 2016 was one of the only months in which the white people in Clinton states had higher average poor mental health days compared to white people in Trump states. This suggests that white people living in states who did not vote for Trump felt symbolic disempowerment at the prospect of political changes that threatened their values.

“Population health experts should continue to monitor the disparate mental health responses to elections and to other prominent political events,” Morey and her colleagues say, adding that public health efforts “should focus on communities most negatively affected and employ multi-level approaches to protect mental health through policy advocacy.”