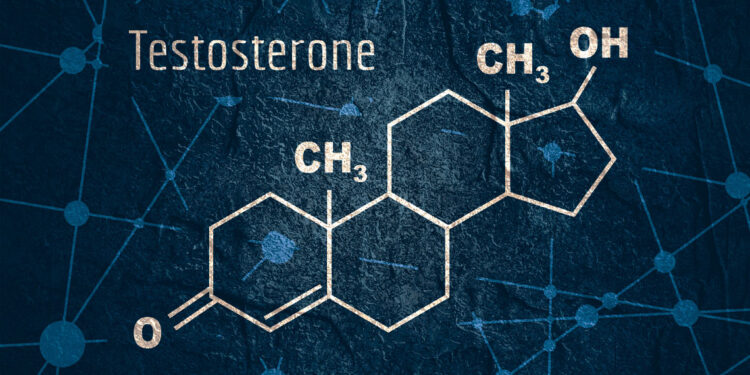 New research provides evidence that higher testosterone levels reduce the risk of unemployment and increase the odds of landing a job. The findings, which appear in the journal Economics & Human Biology, suggest that testosterone levels in men are related to behaviors and cognitive processes that influence labor market transitions.

“We were interested in how biological markers (such as testosterone levels) relate to social and economic outcomes,” said study author Peter Eibich, the deputy head of the Research Group on Labor Demography at the Max Planck Institute for Demographic Research.

“Data on such biomarkers are now frequently collected as part of large social science household surveys, such as the UK Household Longitudinal Study, which we used in our research project. Yet, our understanding of how these biological processes are related to social and economic behavior is currently still limited (at least for most of the biomarkers available).”

“Testosterone is a particularly interesting case — previous research shows quite clearly that testosterone levels are related to certain personality traits (e.g., risk aversion) and individual behavior (e.g., status-seeking and dominant behavior). Such personality traits and behavior have been previously linked to an individual’s success in the labor market,” Eibich said.

“At the same time, the evidence on the health consequences of high or low testosterone levels is somewhat inconclusive. As such, testosterone is an example for a biological process that might influence economic behavior without necessarily relating to health or disability.”

The UK Household Longitudinal Study started in 2009 and collected a wide range of information from approximately 40,000 households. The study now includes nine waves of data. Importantly, the participants were asked about their current labor force status in each wave. Nurses collected bio-medical information, including testosterone levels, from over 20,000 adult participants approximately five months after they completed Wave 2 or Wave 3 of the study.

To examine the relationship between testosterone and labor market transitions, Eibich and his colleagues analyzed data from 2,115 men aged between 25 and 64 who indicated being either employed or unemployed (but not self-employed) during the nurse visit.

“An important caveat is that the data used for our research only includes testosterone measured at a single point in time,” Eibich explained. “We compensate for this to some extent by using genetic data to isolate variation in testosterone levels that is caused by differences in genetic expressions (and thus constant across the life course). However, further research using data on multiple measurements of testosterone levels for the same individuals would be helpful to gain a sense of how much testosterone levels fluctuate over time for one person.”

“It would also be very interesting to look at the consequences for women,” he added. “Our study only included men, because the testosterone levels of most women were below the detectable threshold.”

The study, “In and out of unemployment—Labour market transitions and the role of testosterone“, was authored by Peter Eibich, Ricky Kanabar, Alexander Plum, and Julian Schmied.