by Beth Ellwood
in Cannabis 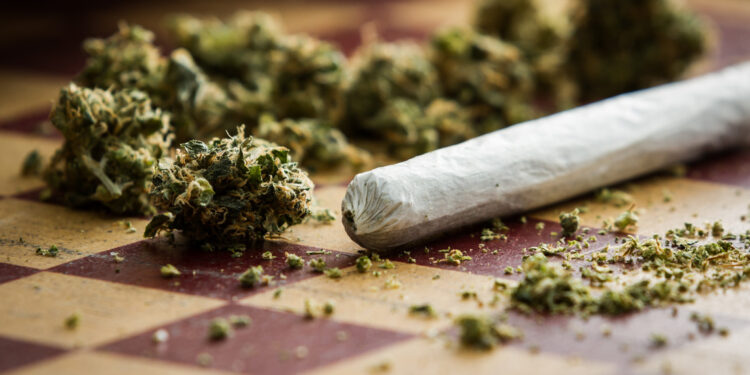 A study published in the journal Drug and Alcohol Dependence explored the association between cannabis use and physical health among 308 sets of twins. While cannabis use was associated with reduced exercise and increased appetite loss, these associations appeared to be driven by genetic and environmental factors rather than by cannabis use itself.

While the physical health effects of tobacco use and alcohol use have been well-established, less is known about the effects of cannabis use. Findings in this area are mixed, although some studies have suggested that cannabis has an impact on respiratory health, cardiovascular health, and body mass index (BMI).

To glean a better understanding of the physical health effects of cannabis use, study author Jessica Megan Ross and her team examined data from a co-twin control study conducted among monozygotic twins (twins sharing 100% of their genetic makeup) and dizygotic twins (twins sharing 50% of their genetic makeup). This co-twin design allowed the researchers to control for shared genetic and environmental factors when examining the outcomes of interest.

“Understanding the impact of cannabis use on physical health is an important public health concern because the extant literature has reported mixed results,” said Ross, an assistant professor at the University of Colorado Anschutz Medical Campus. The changes in legalization of cannabis use throughout the United States has been associated with increases in adult cannabis use. However, we still do not have a clear picture of how cannabis use impacts physical health.”

The data came from an ongoing study called the Colorado Adoption/Twin Study of Lifespan Behavioral Development and Cognitive Aging (CATSLife). This longitudinal study includes a sample of 308 sets of twins (164 monozygotic twins, 144 dizygotic twins) who were followed from infancy into adulthood.

During adolescence, young adulthood, and adulthood, respondents were asked to self-report how often they used cannabis, tobacco, alcohol, and other drugs. The researchers calculated each participant’s average lifetime frequency of cannabis use by calculating the average number of days in the past month that they had used cannabis across the three assessments.

At the adult assessment only, participants’ health functioning was measured with various assessments administered by research staff. Measurements included blood pressure, heart rate, and pulmonary function. Participants also self-reported various health measures such as chronic pain, nausea, difficulty breathing, headaches, and injuries. They further indicated whether they had exercised within the past 24 hours and answered questions about how often they consumed healthy and unhealthy food.

At the between-family level, greater cannabis use in adolescence was associated with less frequent exercise in adulthood, and more cannabis use in adulthood was associated with more frequent appetite loss. However, these effects were not present at the within-family level. This suggests that the effects were driven at least in part by shared family factors within twin pairs and not causally related to cannabis use. For example, the study authors suggest that some people may be genetically predisposed to use cannabis and at the same time predisposed to exercise less and to lose their appetite more often.

“We examined whether cannabis frequency is associated with physical health outcomes phenotypically and after controlling for shared genetic and environmental factors via a longitudinal co-twin control design. We also conducted the exact same analyses with tobacco frequency and physical health to provide a comparison. In general, the results of this study do not support a causal association between using cannabis once a week (the mean cannabis frequency of the sample in adulthood) and detrimental physical health effects of individuals aged 25-35,” Ross told PsyPost.

At the within-twin level, more frequent cannabis use in adulthood was associated with a lower resting heart rate, but only among monozygotic twin pairs. This effect remained significant after controlling for familial factors and other substance use, presenting some evidence of a causal relationship between cannabis use and resting heart rate.

The researchers noted several limitations to the study, including that the findings may not generalize to the greater US population. “It is important to keep in mind that these results apply only to adults (ages 25-35) who use cannabis, on average, once a week. These results do not apply to adolescents or adults who use cannabis more frequently,” Ross said.

The prevalence of obesity in the sample was much lower than the national average, suggesting that participants may have been more health-conscious than the average American. Since a lower BMI corresponds with a lower resting heart rate, this may have impacted the findings.

“It is important to note that we do not suggest that cannabis is safe for everyone to use,” Ross added. “Although we did not find that cannabis use (once a week) is associated with detrimental physical health effects, people can still develop other negative outcomes from use like a cannabis use disorder.”