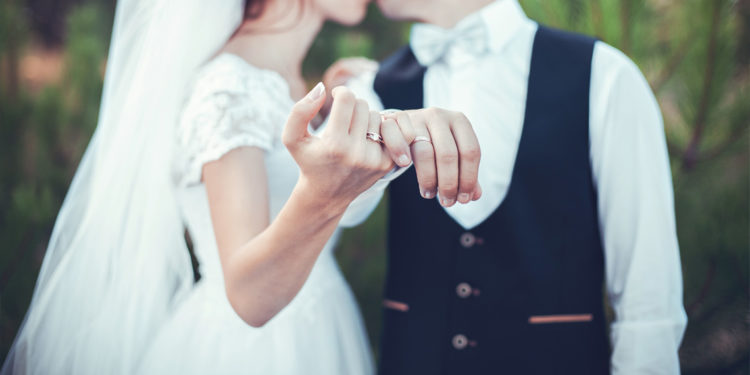 Can your “number” harm your chances of tying the knot? New research indicates that having multiple sex partners negatively affects marriage rates. But the new findings, published in Social Science Research, indicate that this effect is only temporary. In other words, a person’s short-term pattern of sexual activity is associated with their odds of marriage, but their overall number of lifetime partners is unrelated to their chances of getting hitched.

The institution of marriage has been in decline in the United States for some time now. According to the Pew Research Center, roughly four-in-ten adults ages 25 to 54 were neither married nor living with a partner in 2019. While there are a number of factors that have contributed to this trend, one controversial explanation holds that marriage has become less desirable because sex has become “cheap.”

Two researchers at the University of Utah and University of Oklahoma sought to test this controversial theory for declining marriage rates by examining two large datasets of U.S. adults.

“Sociologist Mark Regnerus’ book ‘Cheap Sex’ was infamous in the field,” said study author Nicholas H. Wolfinger (@NickWolfinger), a professor of family and consumer studies and adjunct professor of sociology at the University of Utah.

For their new research, Wolfinger and his co-author Samuel L. Perry (@profsamperry) first analyzed four waves of the National Survey of Family Growth, which gathers cross-sectional data on factors affecting pregnancy and women’s health in the United States. The sample included 29,905 women and data were collected between 2002 and 2015

But the initial findings include an important limitation. The cross-sectional nature of the data makes it difficult to ascertain whether having a higher number of non-marital sex partners reduces the odds of marriage in a causal manner.

To overcome this limitation, the researchers next analyzed seventeen waves of the National Longitudinal Survey of Youth. The survey interviewed a large sample of adolescents in 1997. It re-interviewed the participants annually through 2011, then biennially thereafter. The sample included in the final analysis consisted of 4,598 men and 4,377 women.

But a person’s lifetime number of partners was statistically unrelated to their odds of marriage after controlling for annual sex partners, indicating that “recent sexual behavior, not complete sexual biographies, is what matters for marriage rates,” the researchers said.

“Premarital sex doesn’t have any long-term effects on the odds of marriage, at least for the vast majority of people,” Wolfinger said. “Instead, some people have seasons of premarital sexual behavior. The only thing that effects marriage rates is who and what you’re doing, not what you and what you’ve done.”

“But short-term behavior does matter: if you’re looking to tie the knot, don’t step out on your significant other. Multiple partners in any given year greatly reduce the chances of marriage. So too does having zero sex partners. You can’t win if you don’t play.”

While marriage rates have been declining over time in the United States, the researchers argue that promiscuity does not appear to the cause. Previous research has found that only 5% of American women have had 16 or more partners. The average American woman has had three sex partners in her lifetime, while the average man has had five. The new study additionally indicates that only a small minority of people are having sex with large number of partners in a single year.

“I’d always suspected that the Regnerus hypothesis held for a minority share of young adults: some opted for a life of nonmarital sex,” Wolfinger said. “I knew the number had to be small, given that the great majority of people only have a few partners. But our data really provided no evidence that these folks exist in meaningful numbers.”

Regnerus, for his part, has argued in a blog post that the research does not dispute his primary contention. He posits that it is incorrect to “hold that cheap sex is best measured by the number of sexual partners.”

“[C]heap sex is best measured by the timing of first sex in relationships and the relational investments required for sex,” Regnerus wrote, adding that these factors were “left utterly unexplored” by Wolfinger and Perry.

The new study was titled: “Does a longer sexual resume affect marriage rates?“