A psychologist explains why some women think Donald Trump is sexy 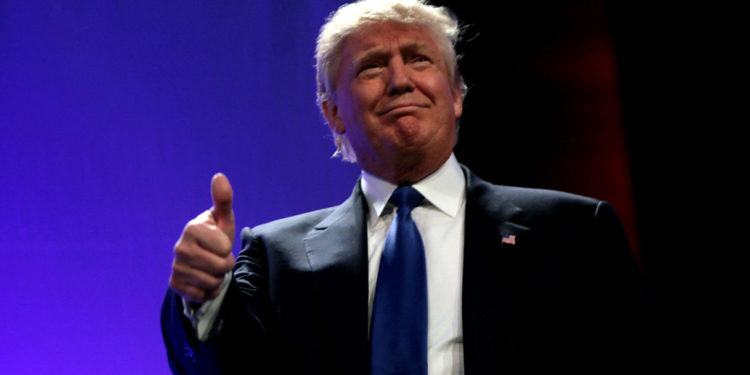 But does research back him up?

Evolutionary psychologist Todd Shackelford of Oakland University told Slate that some of Trump’s physical traits do not fit the typical profile of an attractive male.

“Indications of non-natural skin texture or color, non-natural hair,” Shackelford explained, “these are cues that people read as, ‘Something is wrong,’ and that decrease ratings of attractiveness.” Since “the mind is built to interpret signals that were sent in pre-industrial environments,” people who see Trump’s signature tawny orange helmet of hair and his fake tan think “illness” rather than “tanning products.”

But research has shown that physical traits tend to be less important for women than men. “Women are far more forgiving of physical attributes,” Shackelford noted.

“I would be astounded if there weren’t large portions of the population, particularly the female population,” who find Trump attractive, because “status, prestige, and resource acquisition are remarkably predictably linked to assessments by women of male attractiveness.”

Evolutionary psychology predicts that men and women will have different mating strategies because of a simple fact: Women get pregnant and men do not. This fundamental asymmetry means men and women face different challenges in regards to their reproductive fitness — the number of offspring they produce.

Gestation and breastfeeding forces women to invest more time and resources into their children than men. “Consequently, in long-term mating, women more severely faced the adaptive problem of acquiring resources to produce and support offspring. Women are therefore predicted to greater prefer long-term, committed mates who possess resources and qualities linked to resource acquisition such as status, ambition, and slightly older age,” Daniel Conroy-Beam of the University of Texas at Austin and his colleagues explained in a 2015 study.

Shackelford said Trump’s status as the Republican frontrunner probably helps him, too. “Not only is he extraordinarily wealthy, and known for this, and for his self aggrandizement, but he also happens to be the front runner,” he remarked. “I think that has a massive effect. If all of a sudden Rubio overtook him, all of a sudden, Rubio might be viewed as more physically attractive than before,” he told Slate.

But just because Trump has status and resources doesn’t completely explain why some women find him attractive. Importantly, research has shown that both men and women find a potential partner to be more attractive if they share religious and political values. Likewise, Democrats tend to rate other Democrats as more attractive, while Republicans tend to rate other Republicans are more attractive. “It’s important to give group leaders, such as political candidates, a second look to be sure you’re not seeing them through party-colored glasses,” said Cornell researcher Kevin Kniffin.