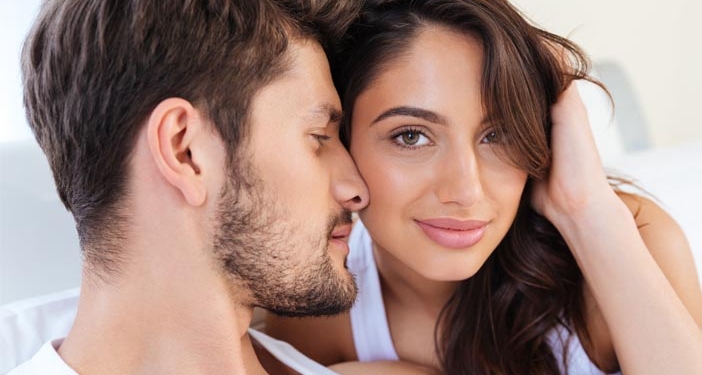 In heterosexual relationships, only the woman’s attitude toward casual sex affects the frequency of sexual intercourse, according to research published in Evolutionary Behavioral Sciences.

“Many people wonder what influences sexual frequency. In this study we aimed to recruit couples in order to investigate how the dynamics of sexual personality, relationship length, and relationship qualities influence intercourse frequency,” said study author Trond Viggo Grøntvedt of the Norwegian University of Science and Technology.

The study of 92 heterosexual couples aged 19 to 30 found that couples had sex two to three times a week on average. The longer the relationship has lasted, the less often the couples had sex.

The researchers also found that both men and women’s ratings of relationship passion were strongly associated with frequency of having sex.

“Passion in a couple was found to be the main predictor of intercourse frequency. This was the case even when controlling for other relationship qualities, such as happiness, trust, intimacy, love and commitment,” Grøntvedt told PsyPost.

The researchers didn’t find any association the other aspects and how often people have sex.

Intercourse was more frequent in couples where women reported less restricted attitudes towards casual sex. Though there are always some exceptions, men’s attitudes had no significant impact overall.

“We only studied this in Norway, a highly gender egalitarian population, and hence do not know if the results might replicate in less egalitarian societies. Also associations do not shed light on causality,” Grøntvedt said.