Humor can protect against symptoms of anxiety and depression, study finds 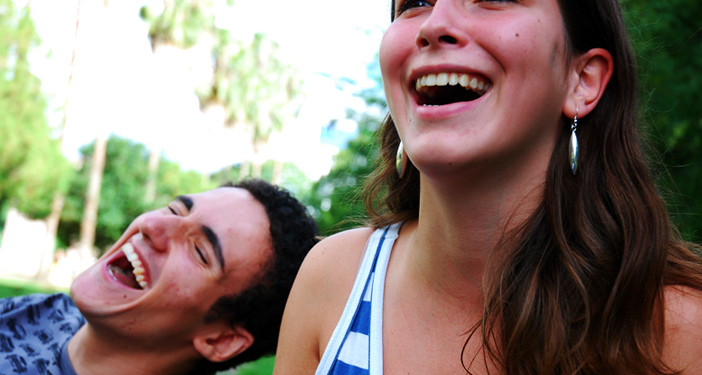 The use of positive humor is associated with increased optimism and lower anxiety and depression, according to a study published in the International Journal of Clinical and Health Psychology.

Previous research offers evidence that humor plays a role in mediating anxiety, depression, and optimism. This new study wanted to further explore this dynamic using a mathematical model, hoping to gain a better understanding of whether or not humor protects against mental health issues. They also wanted to look at a Spanish population and consider differences in age, sex, education, and location.

For the study, 804 Spanish nationals (aged 18-76) completed the Educational-clinical Questionnaire of Anxiety and Depression and the Optimism Questionnaire. Participants also completed the Humor Style Questionnaire, which classifies humor into four styles as originally described by psychologist Rod Martin.

“I believe the most essential aspect that one should take away from this work is that humor is, mostly, omnipresent in informal human relationships and an important factor for bonding,” study author Álvaro Menéndez Aller, a master’s degree student at the University of Oviedo, told PsyPost. “Never underestimate the power of jokes.”

Findings were in line with previous research showing that men were much more likely to use aggressive humor. Where age was concerned, the biggest effect was found for affiliative humor. As age increased, the use of affiliative humor decreased.

Interestingly, results showed that self-defeating humor had positive correlations with the two positive styles of humor (affiliative and self-enhancing). Previous research has found the same effect in another Spanish sample and proposed a cultural explanation for this. Researchers explain that self-defeating humor might be especially widespread and accepted in Spain.

This study presents new evidence for the protective role of humor using a novel mathematical path-analysis model. The findings have interesting implications where clinical settings are concerned. The authors share, “A patient with depression may score highly in self-defeating uses of humor, which would indicate to their therapist a way for their client to face adaptation to their surroundings (via the use of more affiliative, anecdotal humor rather than focusing on one’s negative qualities)”.

“The study of humor, even though it traces back to Plato, is, at best, a newborn,” Aller said. “Humor has a lot of barriers when it comes to its study and the first one would be its heterogeneous nature: What makes me laugh won’t necessarily make you laugh. But the biggest barrier is a cultural one. For example, in China, humor is conceived radically different than here in the West. This difference isolates every conclusion researchers from Western countries make about humor and this is something we must take into account.”

The study, “Humor as a protective factor against anxiety and depression”, was authored by Álvaro Menéndez-Aller, Álvaro Postigo, Pelayo Montes-Álvarez,Francisco José González-Primo, and Eduardo García-Cueto.