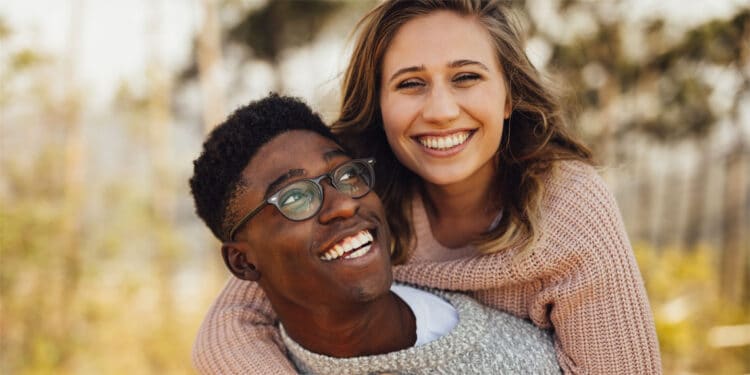 The study, published in the Journal of Personality and Social Psychology, indicates that White woman are derogated by other Whites for dating outside their racial group while White men are not.

“This work stemmed from a historical perspective, inspired and with much credit due to critical race theorists such as Frederick Douglass, Angela Davis, Alice Ferber, and Ibram X. Kendi,” said study author Amelia Stillwell, an assistant professor at the University of Utah.

“These authors document the disparate treatment of interracial relations involving White women over the course of U.S. history. Coming from this background, I noticed that these historical patterns still seemed to influence reactions to women’s sexual behavior today.”

“For example, Elliot Roger, the 2014 Isla Vista shooter, expressed anger in his manifesto that White women would be attracted to ‘inferior’ Black or Hispanic men, but not himself, a half White man. He went on to target and murder White women he perceived to reject him in this ‘unfair’ manner, based on these racialized expectations,” Stillwell explained.

“Similar negative sentiments about White women who date out as traitorous, promiscuous, and inviting violent rebuke pervade White nationalist newspapers and websites. I wanted to dig deeper into this phenomenon, to understand whether ordinary White Americans also harbored greater hostility towards White women who date outside their race, and if so, why?”

Importantly, the survey asked the participants to report how they would feel if a close relative married a member of another race.

The researchers found that having more female children was associated with reduced acceptance of familial interracial marriage. In other words, participants with more daughters tended to express greater opposition to a family member marrying a non-White partner.

Stillwell and her colleagues then used Amazon’s Mechanical Turk platform to conduct three experiments with 2,683 White participants, which found that White women (but not White men) were perceived as being lower in status when paired with a Black partner versus as White partner.

“While the gender backlash White women face for dating outside the group is on blatant display in White supremacist writing and beliefs, it is important to recognize that we find evidence of this bias among ordinary White Americans, including in a representative national sample,” Stillwell told PsyPost.

“Bringing attention to the source and nuance of people’s discriminatory perceptions is an essential first step to allow people to change, and we hope readers will move forward with a greater awareness of the factors impacting their own thoughts and behaviors towards people in interracial relationships.”

The researchers also found that White women paired with a Black partner were more likely to be viewed as rebellious, stubborn, controlling, cynical, promiscuous, and/or arrogant, which partially explained why they were perceived as being lower in status.

“It’s important to note that our study focused on the perspectives of White participants, who in penalizing White women are reacting to women of their own group dating outside that group,” Stillwell said.

“We focused here on Whites because, being at the top of the American racial hierarchy, Whites hold and benefit from norms against interracial relationships more so than other racial groups, and have used their powerful position to enforce these norms throughout American history. Non-White racial groups do not share these means and motives; thus, we should not assume that these results generalize to all racial groups.”

Gendered double-standards for interracial relationships are present in other racial and cultural groups, but they appear to be driven by their own unique social factors and motives, Stillwell said.

“For example, a recent paper suggests that perceived mate competition motivates negative attitudes towards interracial relationships among Asian men and Black women. This nuance is lost if we overgeneralize these results to non-White individuals,” she explained.

“We hope this work validates the experiences of individuals in interracial relationships, by speaking to the varied experiences they face based on their multiple, intersecting identities,” Stillwell added. “As we grapple with the events of this summer and what it will take to create an anti-racist future, these results show that focusing on only one dimension of discrimination: just race, just gender, just class — misses important details and interdependencies.”