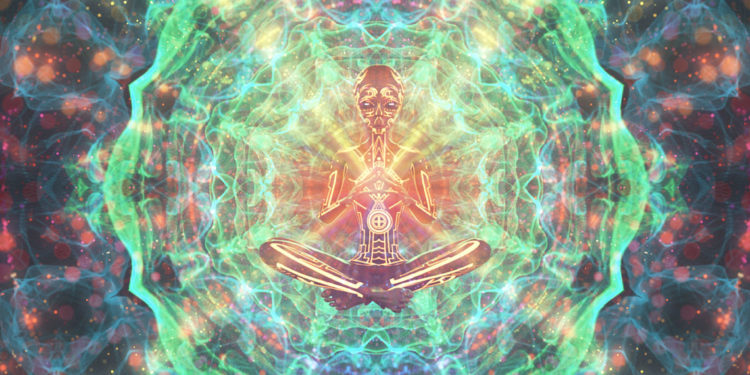 A new study published in Frontiers in Psychology provides an in-depth look at the types of otherworldly experiences that people have when they take a high dose of the psychedelic substance dimethyltryptamine (DMT). The findings provide new insight on the complex dimensions of the DMT experience.

DMT is a naturally occurring chemical found in the mammalian brain. The potent psychedelic is also present in a number of plant species around the world.

“All psychoactive chemicals are enthralling just by virtue of their being able to manipulate the mind via their molecular mechanisms – but DMT is especially so, because of just how quickly and dramatically it can transform almost everything about one’s conscious experience,” explained study author Pascal Michael, a PhD candidate at the University of Greenwich.

“The intense, profound and typically ontologically shifting journeys that result, quite inconceivable even after reading our extensive paper in question, are not only why in modern psychedelic communities the drug has garnered an arguably cult-like status – but is also why, given its use for thousands of years by indigenous groups (especially the Americas and Australia), it has become the fulcrum of entire cosmologies, shaping beliefs about the features of life, death and the cosmos.”

Previous research has found that it is relatively common for people to encounter seemingly autonomous entities during their experiences with DMT, including encounters with God and contact with alien species. But that research asked participants to retroactively recall their experiences with the drug. For their new study, Michael and his colleagues visited 36 experienced DMT users before they consumed the psychedelic substance.

“The uniqueness of this study, despite there being one small and another much larger prior online survey of DMT experiences, is it being the first qualitative analysis of these experiences conducted from very detailed interviews immediately after participants’ experiences, as part of a semi-controlled naturalistic field study,” Michael explained.

The researchers were particularly interested in “breakthrough” experiences that typically result from high doses of DMT. The experiences could help inform cognitive neuroscience research and shed light on phenomena such as near-death experiences, the researchers said.

“‘Breakthrough’ DMT experiences are popularly considered to entail immersion in ‘another world’ and encounters with ‘other beings,’ meaning that neural-network mechanisms for internally simulating environments as well as cognizing the presence of other social agents presumably emerge in the neuroimaging signatures of such DMT trips,” Michael explained.

The participants inhaled 54.5 mg of DMT on average. Immediately after the DMT experience subsided, the researchers conducted an in-depth interview, which was recorded and later transcribed. They then conducted a thematic analysis of the transcripts. “The analysis of the interviews was thematic, but also put a great emphasis on capturing the highly nuanced content of the experience, thus going beyond other studies only looking at the basic phenomenological structure,” Michael said.

Nearly all the participants reported contacting another sentient being or entering into a totally different environment. Michael and his colleagues also obtained detailed descriptions of the entities involved in the experience.

“DMT was certainly shown to be prodigious in its capacity to flood consciousness with a deluge of rich experiential content,” Michael said. “The two broadest, most generic dimensions to the experience were already the most evident in prior studies (and indeed, to anyone personally acquainted with the experience); Entering Other Worlds, and Encountering Other Beings. In fact, 100% of our 36 interviews involved the former, and 94% (34) demonstrated the latter.”

“Focussing on the entity encounter, considering the frequencies with which each theme arose, the most typical type of otherworldly being would have looked somewhat like the following: Carrying the functions of teaching or presenting the experient with something, and while humanoid would have more stylized features such as being clown-like or even octopoid, with an often shifting, sometimes geometric form.”

“These meetings were also overwhelmingly positive, with over half of participants conveying the entities’ enchanting nature, often including their benevolence (compared to only 8% suggesting some menace to their demeanor),” Michael told PsyPost. “Almost half felt some, usually ‘telepathic,’ communication from the entity, mostly happening to be on the subject of cosmic insight (such as the game-like nature of reality) or love for others and oneself.”

“Importantly, these DMT experiences seemed only minorly comparable to near-death experiences – thus undermining the popular ‘myth’ that DMT is ‘released from the pineal gland’ at death – and seemed more akin to alien encounter or abduction-type experiences. Also echoing our DMT analysis were shamanic soul-flights, and to a lesser extent, faerie folkloric experiences; this latter also saliently dispelling the legend of ‘elves’ dominating the DMT world population.”

Other researchers have found evidence that improvements in mental wellbeing seen after psychedelic-assisted psychotherapy are related to increases in psychological flexibility, and Michael believes that breakthrough experiences could play an important role in this process.

“Crucially, in light of the renaissance in psychedelic psychiatry and DMT’s recent use in clinical trials, not only the mystical experience, but these entity encounters may have therapeutic value in their propensity to call into question one’s axioms of reality, and the resultant psychological flexibility,” Michael said. “The compound’s other transpersonal aspects, in its mimicry of the NDE/Abduction/Shamanic scenarios may also be clinically useful, owing to themselves characteristically producing beneficial wellbeing changes.”

“One major caveat is that a key criterion for participant inclusion was to have had sufficient past DMT experiences,” Michael noted. “While important ethically, this meant that the subjects were more likely to belong to a certain subculture of DMT psychonauts. This may then have inflated the amount of positivity in the experiences, as well as the high number of the entities encountered, and even biased their nature. The often remarkable similarities at the level of niche content between our own subjects (as well as with other DMT studies), could also be accounted for by the similar cultural influences this subgroup of people might be exposed to.”

“As such, though the ethnic identity of all participants was noted, one prospect for a future analysis may be to correlate the imagery and concepts in their racial cultural features, as well as possibly in their psychedelic subcultural features (e.g. media exposure) with any content in their respective DMT experiences. Alternative to this would be to conduct a similar study on those who are naïve to DMT tropes or memes. Although, genuine naivete may be difficult to find, and ethical constraints here would apply.”

“As for the potential therapeutic capacity of the psychedelic, the inflated positivity found with our psychonauts may imply that in any, likely DMT naïve, vulnerable patient population, the shockingly intense nature of the breakthrough (where presumably the therapeutic window would lie), and not least the ontologically challenging nature of it, could be in fact detrimental, possibly even leading to spiritual emergency,” Michael explained.

There is also still much to learn about the neural mechanisms underlying the DMT experience, but scientists have made some significant advances in recent years. For example, DMT has been found to alter patterns of electrical activity in the brain. The DMT experience coincides with a drop off in alpha waves — the dominant electrical rhythm when we are awake — and an increase in theta waves — which are associated with dreaming.

“Findings from fMRI and especially EEG data, which may index neural mechanisms of these other worlds and beings, are not dissimilar to the brain state during dreaming,” Michael told PsyPost. “Whereas increasing doses of a psychedelic leads to the breakdown of the cortex’s capacity to construct generative world-models, and so experience becomes characteristically fluid and flexible, with sufficient DMT a wholly novel world is (maybe counterintuitively) spontaneously constructed.”

The study, “An Encounter With the Other: A Thematic and Content Analysis of DMT Experiences From a Naturalistic Field Study“, was authored by Pascal Michael, David Luke, and Oliver Robinson.