Misuse and abuse of stimulant medications are linked to hallucinations, delusional infestations, and hair pulling

by Rachel Schepke
in Psychopharmacology 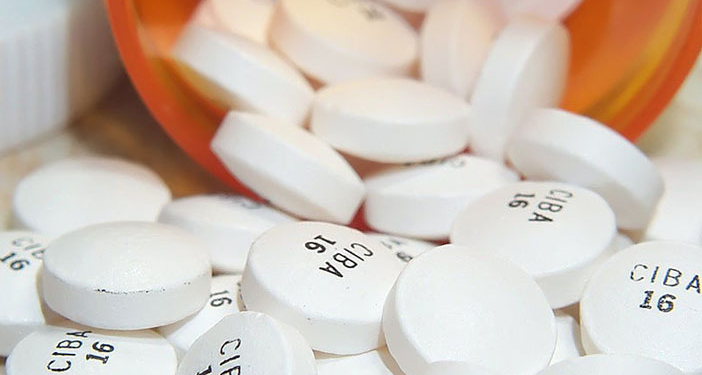 In a new review article published in the scientific journal Deutsche Dermatologische Gesellschaft, researchers discuss the negative and harmful side effects of taking/abusing stimulant medications that help with symptoms of ADHD. Participants with ADHD who abused stimulant medications were more likely to experience hallucinations and delusional infestation. These symptoms resolved after the medication was lowered or discontinued, but several patients required antipsychotic medication.

Stimulant medications, such as Ritalin, Concentra, Vyvanse, and Adderall, are widely prescribed to treat symptoms of ADHD, narcolepsy, and binge-eating disorder. Stimulant prescriptions are often misused since they are highly addictive and increase dopamine and norepinephrine levels. Common side effects include decreased appetite, anxiety, diarrhea, dry mouth, insomnia, and tachycardia (a heart rate over 100 beats per minute). More serious side effects include cardiovascular events, hypertension, peripheral vasculopathy, serotonin syndrome, and psychiatric reactions such as mania or psychosis.

Researchers Cameron Moattari and Katlein Franca were interested in exploring reported cases of trichotillomania (a psychiatric disorder that involves hair pulling which relieves conscious or unconscious urges), tactile hallucinations, and delusional infestation (the false belief that a person’s skin and/or body is infected with foreign pathogens) as side effects of stimulant use or abuse.

Moattari and Franca analyzed 22 peer-reviewed case reports. Articles discussing methamphetamine were not used; however, articles discussing amphetamine, lisdezamfetamine, and methylphenidate were included. Of the 22 cases, there were 8 cases of trichotillomania (hair pulling), in which the patients were diagnosed with ADHD. Furthermore, all but 1 patient were male.

The hair pulling was predicted by amphetamine, lisdezamfetamine, and methylphenidate, and typically began several days to months after starting or increasing the dosage. One case consisted of the individual experiencing trichotillomania and delusions and required hospitalization. In almost all cases, the symptoms resolved after discontinuing the medication.

Moattari and Franca found 8 cases of tactile hallucinations without delusions in which all the patients were male and between ages 7 to 12. All symptoms stopped after discontinuation of stimulant medication. Six cases of stimulant-induced delusional infestation were found among 3 male and 3 female patients. Three patients reported misusing or abusing prescription stimulants. All 6 of these patients reported falsely believing they were infected with bugs, mites, scabies, or worms, and 1 case involved a patient who visualized bugs on an infant. Two of the cases required hospitalization and 3 cases were treated with antipsychotics. All cases resolved within days to 1 month after decreasing or stopping stimulant medication.

A limitation of this study is that case studies were used, which is a weaker source of evidence compared to studies with larger sample sizes. Another limitation is that a causal relationship cannot be inferred because the patient’s symptoms did not return in the cases in which patients took stimulant medication again. Finally, adverse reactions to stimulant medications are likely underreported and the patients who reported adverse psychocutaneous effects may have had other diagnoses or medications.

The article, “Adverse psychocutaneous effects of prescription stimulant use and abuse: A systematic review“, was published January 6, 2022.