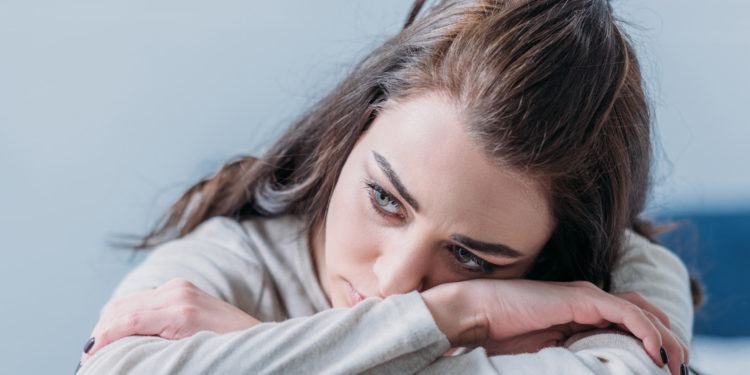 Anorexia nervosa is an eating disorder characterized by atypical and unhealthy eating behaviors, body image disturbances, and extremely low body mass index. Those with this disorder can also show disturbances to interoceptive processing, which is the understanding of internal bodily states such as hunger, pain, and gut attention.

New research published in Scientific Reports found that women who currently have or have recovered from anorexia rate touch as less pleasant compared to women who have never been diagnosed with anorexia.

The researchers aimed to address this gap in the current study by studying whether vicarious ratings of social touch differ in women who have and who haven’t been diagnosed with anorexia nervosa. Third party vicarious touch was measured as previous research suggests those with anorexia use their own experience to evaluate the pleasantness of touch even when observing social touch in others.

The researchers recruited a total sample of 91 cisgender women who belonged in one of three distinct categories: those with a current diagnosis of anorexia, those who have recovered from a previous diagnosis of anorexia, and those who have never been diagnosed with anorexia. The researchers recruited only women for this study as women are typically more sensitive to touch and because eating disorders are more common in women. Participants were recruited by contacting charities for eating disorders and through social media.

Participants completed measures assessing their eating disorder symptoms, interoceptive awareness, and touch experiences and attitudes. Participants viewed videos of an actor (man) touching another actor (woman) in 5 distinct body regions (palm, back, forearm, cheek, upper arm) and 3 distinct velocities (static touch, slow stroke, fast stroke). After watching each video participants were asked how much they would like to be touched in the way depicted in the video and how much they think the woman in the video enjoyed the touch.

Results show that overall back touch was rated as most pleasant with upper arm, forearm, and palm all being more pleasant than cheek. In general, participants rated the woman in the video to like the touch more than they would like it themselves. Participants in the control condition (no anorexia diagnosis) gave the highest overall pleasantness ratings compared to the other two groups. Pleasantness ratings did not differ between those with a current or a previous diagnosis of anorexia.

“Interestingly, a significant regression equation for self-reports of touch experiences and overall touch pleasantness for [women in the anorexia nervosa group], particularly for vicarious self-directed touch lend support to this idea. With these regards, it was found that positive attitude to intimate touch was positively associated with overall touch pleasantness for current anorexics (but also for [women in the control group]), when concerning touch to the self.”

The researchers note some limitations to this work including the self-report nature of the measures and the lack of a physical touch condition. Perhaps also there are other variables that affect touch pleasantness that were not measured in this study such as mood, general touch avoidance, and other relevant personality traits.

The study, “Vicarious ratings of self vs. other-directed social touch in women with and recovered from Anorexia Nervosa“, was authored by Ashleigh Bellard, Paula Trotter, Francis McGlone, and Valentina Cazzato.