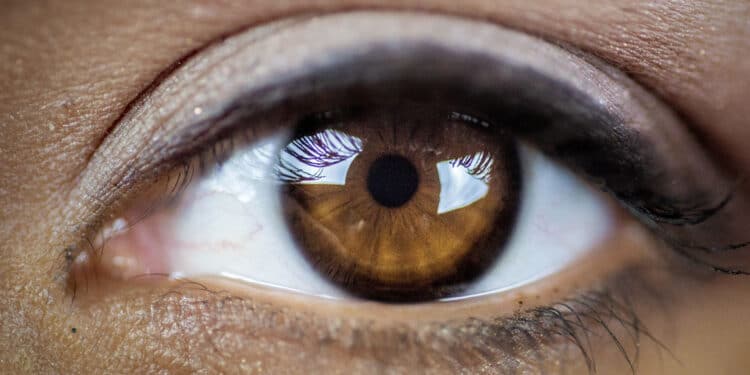 Those who engage in elevated body gazing behaviors are more likely to blame women for being sexually assaulted, according to new research published in the Archives of Sexual Behavior. The new findings provide evidence that the tendency to gaze at the bodies of others and the desire to have others gaze toward one’s own body is associated with important sexual attitudes and behaviors in both women and men.

“My interest in this topic largely stems from my passion for measurement and the challenge of developing valid ways for understanding social behaviour, particularly those with sexually deviant consequences,” said study author Ross Hollett, a lecturer at Edith Cowan University. “When we started this research, the use of eye tracking for understanding sexual objectification was quite sparse. It was an opportunity to contribute meaningfully to this growing area of scholarship.”

Those high in pervasive body gaze agree with statements such as “Even if a man/woman’s clothing is not revealing, I still try to look at his/her body” and “Once I notice an attractive man/woman’s body, I have trouble not looking at it.” Those high in body gaze provocation, on the other hand, agree with statements such as “Even if my clothes are not revealing, I still try and draw attention to my body” and “No matter where I am, I typically wear revealing clothing.”

The participants were invited to complete a second follow-up study, which examined actual gaze behaviors. The participants were shown several photographs of women and men, and were instructed to look at each image as they would normally look at a person. The photographs included people in both revealing attire (e.g. a swimsuit) and non-revealing attire (e.g. a business suit). The researchers used an eye-tracking device to compare the time spent gazing at individuals’ bodies to the time spent looking at their faces. A total of 167 participants were retained for gaze analyses.

The researchers also found that those who scored higher on the measure of pervasive body gaze tended to endorse more rape myths, such as “If a girl goes to a room alone with a guy at a party, it is her own fault if she is raped.” This was true for both male and female participants. “Body gaze behavior can be interpreted as a signal of potentially problematic attitudes and intentions,” Hollett told PsyPost.

A similar pattern of results was observed for body gaze provocation. Hollett said he was surprised to find “particularly strong correlations between women’s attitudes toward sexual assault and their efforts to attract body gaze from men. Specifically, women who make more attempts to secure body gaze from men are also more likely to blame women for being sexually assaulted.”

“People should be mindful of their gaze behavior and the gaze behaviour of others,” Hollett said.

The researchers also found that single women tended to report greater pervasive body gaze than partnered women, suggesting that gazing at another person “is a marker of sexual or relationship interest” for women. Among men, however, pervasive gaze behavior was unrelated to relationship status. Similarly, single women tended to report greater body gaze provocation than partnered women, but body gaze provocation was unrelated to relationship status among men.

Finally, the eye-tracking study found that self-reported pervasive body gaze was associated with objectively measured gaze behavior, but only for subjects in revealing attire.

“The two major limitations come down to measurement,” Hollett explained. “Firstly, the use of self-report for gaze behaviour and sexual assault attitudes likely includes error due to socially desirable responding. Furthermore, the images in our gaze task lacked external validity. That is, they do not closely reflect how we see people in the real world (in dynamic settings and from various angles). We assume that real world gaze towards others would be influenced by these complex factors.”

The study, “Body Gaze as a Marker of Sexual Objectification: A New Scale for Pervasive Gaze and Gaze Provocation Behaviors in Heterosexual Women and Men“, was authored by Ross C. Hollett, Shane L. Rogers, Prudence Florido, and Belinda Mosdell.