by Hugo Bottemanne
in Depression, Psychopharmacology 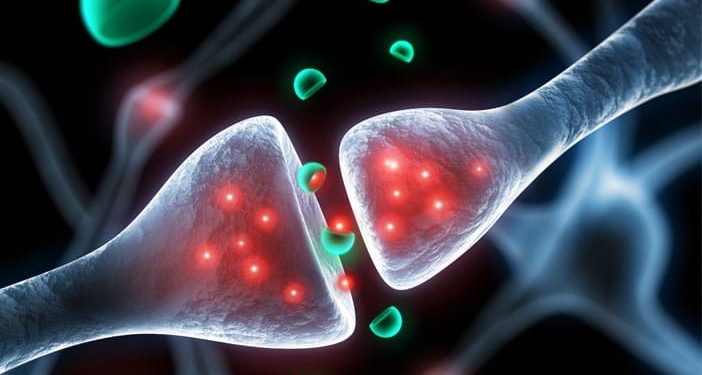 Which factors determine what we believe about our world, ourselves, our past, and our future? Cognitive neuroscience suggests that our beliefs are dependent on brain activity, specifically on the way our brains process sensory information in order to make sense of our environment.

These beliefs (defined as probability estimates) are central to our brain’s predictive processing function, which enables it to predict the probabilistic structure of the world around us. These predictions could even be the fundamental building blocks of mental states, such as perceptions and emotions.

Many psychiatric disorders, such as depression and schizophrenia, are characterised by irregular beliefs whose origins we still don’t fully understand. But if we can identify the cerebral systems governing them, we could target those very areas in a bid to alleviate the pain associated to these illnesses.

This is one of the findings of our study recently published in the journal JAMA Psychiatry. For this study, I explored with my team how the dissociative psychotropic, ketamine, affects mechanisms of belief updating (i.e., how we change our beliefs upon receiving information) in patients with treatment-resistant depression.

While traditional antidepressants take weeks to show any results, ketamine – an antagonist molecule that acts on the NMDA (N-methyl-D-aspartate) receptors – produces antidepressant effects within hours. When administered, it also causes a dissociative experience of depersonalisation typically associated with a sensation of leaving the body (known as “autoscopy”).

Given that ketamine’s rapid action and unexpected dissociative effects make it a potentially worthwhile option for treating mental health problems, we are on a mission to unpack this mystery, at the crossroads between pharmacology and neuroscience.

According to the World Health Organization, depression affects approximately 280 million people in the world and 700 000 people die due to suicide every year. One of the most specific symptoms of depression is depressive beliefs (e.g., pessimism, self-deprecation, rejection, and feelings of failure), described as “mood-congruent” beliefs when their content matches the subject’s affective state.

By influencing the patient’s perception and action, these beliefs play a vital role in triggering the phenomenon of negative auto-reinforcement. For example, the belief that we have been rejected by our peers gradually makes us more withdrawn, which in turn reinforces feelings of worthlessness. Once this feedback loop has been closed, it can be difficult not to spiral downward.

Ever since the pioneering research of psychiatrist Aaron Beck, many studies have suggested that the ways in which information is encoded in belief networks according to their valence (i.e., their positive or negative nature) could be linked to the emergence of depressive beliefs.

This innovative research has shown that our brains are likelier to encode positive information. Known as “affective bias”, this phenomenon is responsible for generating beliefs that are slightly more positive than reality. For instance, we tend to think we are more intelligent, more attractive, better drivers or better lovers than what is shown in statistical reality.

However, with depression, this bias disappears or flips, with patients taking in more negative-valence information that gradually generates gloomier beliefs about the world, themselves, or the future. This phenomenon of an inverted affective bias could well be key to understanding the origins of depressive beliefs.

How ketamine acts on belief systems

We launched our study on the back of a surprising clinical observation made at our unit at Paris’s Hôpital de la Pitié-Salpêtrière. When given ketamine as an antidepressant, patients with treatment-resistant depression reported feeling a strange sensation whereby their perspectives on the world seemed to have shifted, almost as though their very point of view had been altered.

The negative beliefs that they had been carrying for several months appeared to have faded. Some patients even expressed a feeling of foreignness, as if their thoughts belonged to someone else. Even more intriguingly, these changes appeared to result from the drug’s antidepressant effect, although we still don’t understand the causality of this.

In light of our patients’ accounts, we suspected that ketamine had affected the brain’s belief-updating mechanisms. In an effort to understand this phenomenon, we conducted an experiment intended to assess ketamine’s influence on the ways we generate beliefs, using pre- and post-treatment experimental task and computational modelling.

Prior to the ketamine administrations, we asked patients and healthy subjects to assess their likelihood of experiencing 40 different future negative events (e.g., being bitten by a dog or having a car accident). After being informed of the actual occurrence risks in the general population, the two groups were again asked to assess the probability of these events occurring in their lives. Results show healthy subjects took into account new positive facts to update their beliefs, whereas this was not the case for depressed persons.

However, this changed only four hours after receiving the first ketamine dose: patients were far less sensitive to negative information and recovered their ability to update their beliefs. This meant the positive affective bias had been restored among patients with treatment-resistant depression. All the more surprisingly, this effect was directly linked to a reduction in depressive symptoms after one week, which suggests that these cognitive changes may even occur prior to clinical improvement.

Further research is needed to understand the brain processes associated with these changes, but many clues point to the involvement of NMDA receptor-mediated signalling. These neuronal receptors contribute to the brain’s excitation-inhibition balance, and appear to be essential to predictive processing and brain plasticity.

Ketamine’s direct action on the activity of these receptors may constitute a direct pharmacological pathway that regulates predictive mechanisms, which would explain the drug’s rapid-onset antidepressant effects and its dissociative properties. By controlling the way the brain uses its sensory building blocks to generate beliefs, ketamine could help change the mechanisms behind depressive symptoms.

These hypotheses open up numerous perspectives for developing treatments targeting brain processing, or for combining these molecules with augmented psychotherapy, protocols that focus specifically on belief systems. This goal is at the core of debates in so-called psychedelic medicine, particularly in treatment using psilocybin, a hallucinogenic molecule that also presents rapid antidepressant effects. Could theses researches help bring pharmacological and psychotherapeutic approaches together in psychiatry?

This article is based on the results of “Evaluation of Early Ketamine Effects on Belief-Updating Biases in Patients With Treatment-Resistant Depression”, a study that was recently published in the journal JAMA Psychiatry.

Translated from the French by Enda Boorman for Fast ForWord.