by Eric W. Dolan
in Psilocybin 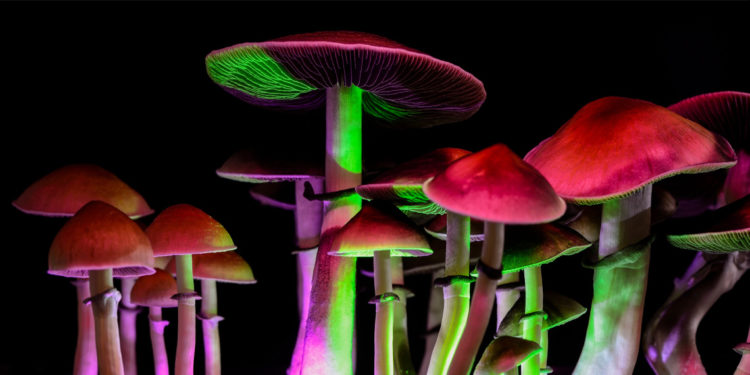 A new study published in the Journal of Psychopharmacology is the first to characterize the psychological impacts of psilocybin among people with bipolar disorder. The findings indicate that many people with bipolar disorder who consume psilocybin, the primary psychoactive component of psychedelic “magic mushrooms,” believe that the experience is helpful. However, many also report adverse outcomes, such as manic symptoms.

Psilocybin-assisted therapy for depression is gaining attention due to promising research results over the past decade. A growing body of evidence suggests that, when combined with supportive therapy, ingesting certain psychedelic compounds in a controlled setting can lead to better mental health outcomes for individuals suffering from various mental disorders. However, it is unclear whether psilocybin holds any promise for those with bipolar disorder.

“Psychedelics like psilocybin have a long history of use in indigenous medicines and traditions. Unfortunately, despite some early evidence of their therapeutic potential, legislative barriers stalled research for many decades,” study author Emma Morton, a Canadian Institutes of Health Research Banting Postdoctoral Fellow at the University of British Columbia and member of the Translational Psychedelics Research Program.

“We’re now in the midst of an exciting resurgence of research into psilocybin, and some research has shown it can improve symptoms of depression. This is of great interest for bipolar disorders research, as depressive symptoms can be particularly burdensome and detrimental to quality of life for people with bipolar disorder.”

“Before we run clinical trials to investigate the effectiveness of psilocybin for people with bipolar disorder, we need to know whether it’s safe for them to use, as some medications which have a similar neurobiological mechanism of action can trigger manic episodes,” Morton explained. “That’s why we turned to community members to ask about their experiences.”

For their study, the researchers used a blog post on the CREST.BD website and social media advertisements to recruit a sample of 541 individuals who were at least 18 years old, had a self-reported bipolar disorder diagnosis, and had used psilocybin to achieve “a full psychedelic trip.” The most reported diagnostic subtype was bipolar disorder II, which is characterized by a pattern of depressive episodes and hypomanic episodes. Most participants (56.6%) indicated that they were taking psychiatric medications at the time of psilocybin use.

“Unfortunately, we are not yet at a point where doctors can prescribe psilocybin for their patients, and in many places it’s still classified as an illicit substance,” Morton told PsyPost. “While our study shows that some people with bipolar disorder reported positive experiences of psilocybin use, others experienced significant bad outcomes, so using this substance can be risky.”

“For psilocybin to reach a point where it has regulatory approval for clinical use with people with bipolar disorder, more research (in the form of clinical trials) is needed. Positively, our research group is making steps towards doing that research: we have recently commenced the first clinical trial investigating the safety and feasibility of psilocybin for treating depressive symptoms in people with bipolar disorder.”

The study included an open-ended question, which asked: “Is there anything else you would like us to know about your experience(s) of using psilocybin/hallucinogenic ‘magic’ mushrooms?” Nearly 60% of participants responded to this final item.

“As a part of our survey, we gave people the option to leave comments about anything they thought might be important for our research,” Morton explained. “Despite the fact that our survey found many people experienced negative or unwanted outcomes of psilocybin use, we were surprised by how many people left comments describing the benefits that psilocybin had for their mental health, personal development, or spiritual growth.”

“In fact, many people described ‘mixed experiences,’ where psilocybin use had both positive and negative aspects. For example, someone may have found their psilocybin experience very intense and at times distressing, but still experienced benefits to their mental health afterwards. We think this will be a really important issue for the field to tackle – things like psychological preparation sessions and debriefing may be important to help people cope with overwhelming experiences, as well as process the personal meaning of their experiences.”

“Our survey asked about experiences of psilocybin use outside of clinical settings,” Morton told PsyPost. “Unlike a clinical trial, naturalistic use does not occur in carefully controlled conditions. That means we cannot be sure whether the negative outcomes reported were due to psilocybin use, or something else. To explore this issue in more detail, our team also conducted follow-up interviews with a small group of people.”

In the follow-up study, which has been published in PLOS One, the researchers conducted semi-structured interviews with 15 participants regarding the subjective effects of the psychedelic substance.

“We learned that contextual factors like dose, setting, use of other substances, or pre-existing sleep problems, may have had a role in whether people experienced positive or negative outcomes,” Morton explained. “This finding emphasizes how important it will be to conduct additional research under controlled conditions to be more confident about the potential risks and benefits of psilocybin use for bipolar disorder.”

“Research into the therapeutic potential of psilocybin has been limited due to its legal status,” Morton added. “Our research therefore relied on asking the community to share their experiences of using psilocybin. It was important for us to show respect and appreciation for people who participated by making the research process accessible, equitable, and representative of people with diverse experiences.”

“To do this, we partnered with CREST.BD, a collaborative research network with a history of working hand in hand with people with bipolar disorder. People with lived experience of bipolar disorder helped contribute to the design of our survey, the interpretation and publication of findings, and webinars to share the results of our research back with the community.”

The study, “Risks and benefits of psilocybin use in people with bipolar disorder: An international web-based survey on experiences of ‘magic mushroom’ consumption“, was authored by Emma Morton, Kimberly Sakai, Amir Ashtari, Mollie Pleet, Erin E Michalak, and Josh Woolley.