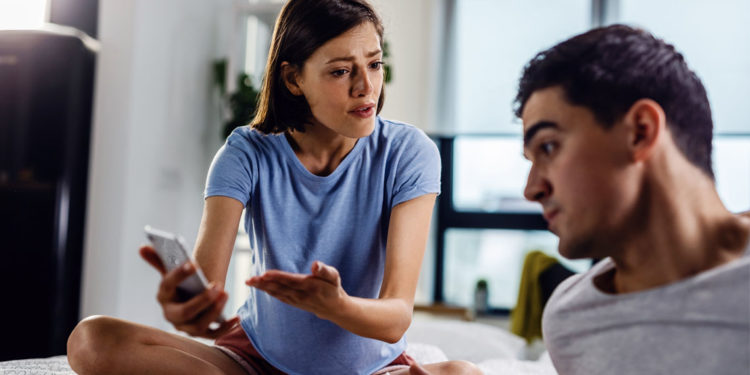 While a host of studies have investigated predictors of infidelity, the research has largely revealed mixed and often contradictory findings. Study authors Laura M. Vowels and her colleagues aimed to improve on these inconsistencies by using machine learning models. This approach would allow them to compare the relative predictability of various relationship factors within the same analyses.

“The research topic was actually suggested by my co-author, Dr. Kristen Mark, who was interested in understanding predictors of infidelity better. She has previously published several articles on infidelity and is interested in the topic,” explained Vowels, a principal researcher for Blueheart.io and postdoctoral researcher at the University of Lausanne.

“Overall, I would say that there isn’t one specific thing that would predict infidelity. However, relationship related variables were more predictive of infidelity compared to individual variables like personality. Therefore, preventing infidelity might be more successful by maintaining a good and healthy relationship rather than thinking about specific characteristics of the person,” Vowels told PsyPost.

Consistent with previous studies, relationship characteristics like romantic love and sexual satisfaction surfaced as top predictors of infidelity across both samples. The researchers say this suggests that the strongest predictors for cheating are often found within the relationship, noting that, “addressing relationship issues may buffer against the likelihood of one partner going out of the relationship to seek fulfillment.”

“These results suggest that intervening in relationships when difficulties first arise may be the best way to prevent future infidelity. Furthermore, because sexual desire was one of the most robust predictors of infidelity, discussing sexual needs and desires and finding ways to meet those needs in relationships may also decrease the risk of infidelity,” the authors report.

The researchers emphasize that their analysis involved predicting past experiences of infidelity from an array of present-day assessments. They say that this design may have affected their findings, since couples who had previously dealt with cheating within the relationship may have worked through it by the time they completed the survey.

“The study was exploratory in nature and didn’t include all the potential predictors,” Vowels explained. “It also predicted infidelity in the past rather than current or future infidelity, so there are certain elements like relationship satisfaction that might have changed since the infidelity occurred. I think in the future it would be useful to look into other variables and also look at recent infidelity because that would make the measure of infidelity more reliable.”

The study, “Is Infidelity Predictable? Using Explainable Machine Learning to Identify the Most Important Predictors of Infidelity”, was authored by Laura M. Vowels, Matthew J. Vowels, and Kristen P. Mark.