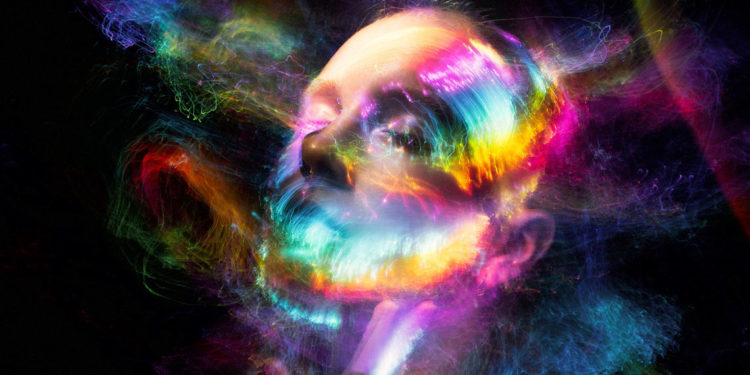 People who take psychedelics are more likely to report psychosis-like symptoms, but this is largely explained by the presence of other mental health conditions and the use of other psychoactive drugs. This finding comes from a study published in the journal Scientific Reports, which further found improved evidence integration and greater flexibility of fear learning with psychedelic exposure.

Psychedelics are a class of drugs that produce hallucinogenic effects and can alter perception, mood, and cognition. The most common psychedelics include LSD (lysergic acid diethylamide), and psilocybin (“magic mushrooms”). In recent years, scientific studies have pointed to the potential therapeutic effects of these drugs, but surprisingly few studies have examined the possible harmful psychological effects.

While it has been suggested that psychedelics can provoke the “development of prolonged psychotic reactions”, larger studies have found no such evidence. A research team led by Alexander V. Lebedev wanted to re-explore this question among a young, healthy non-clinical population. They proposed that it would be easier to identify sub-clinical expressions of psychopathological traits, such as cognitive biases found along the schizophrenia spectrum, among a non-psychiatric group.

The researchers distributed a survey to 1,032 Swedish adults, of whom 701 were between the ages of 18 and 35 and had no psychiatric diagnoses and no history of brain trauma. The questionnaire included a measure of schizotypy — a personality trait that includes schizophrenia-like characteristics such as disorganized thinking and paranoid thoughts.

When comparing psychedelic users to non-users, average schizotypy scores among users were significantly higher, but the effect size was small. Furthermore, when looking exclusively at the subsample of healthy participants, the effect was only marginally significant. Finally, when taking co-occurring drug use into account, the effect of psychedelic use on schizotypy was no longer significant among either sample.

A follow-up survey among a subsample of 197 participants examined drug use patterns and found no evidence of heightened schizotypy among those with greater exposure to psychedelics. However, the use of stimulants such as cocaine or amphetamines was a robust predictor of higher schizotypy.

To explore causal effects, the researchers also conducted a behavioral study among a subset of 39 of the participants. The sample was made up of 22 psychedelic users and 17 age/sex-matched non-users. Participants completed a task to measure Bias Against Disconfirmatory Evidence (BADE) — a cognitive bias common along the schizophrenia spectrum. The task asked subjects to rate the plausibility of different interpretations of a scenario and assessed the BADE facet of Evidence Integration Impairment (EII) or “lack of ability to modify beliefs when facing new information.”

The participants also completed a reversal learning task that measured their fear responses to a conditioned stimulus that was sometimes presented with a mild electric shock, according to changing rules. After controlling for co-occurring drug use, people with greater overall psychedelic exposure showed higher sensitivity to instructed knowledge — suggesting greater flexibility of fear learning. Lebedev and his colleagues say that this may suggest that psychedelics can “augment top-down fear learning in a lasting way, which, in turn, may explain their particular efficacy in treating anxiety and trauma-related psychiatric disorders.”

Overall, the findings suggest only a weak link between psychosis-like symptoms and psychedelics. “Our analyses did not support the hypothesis that psychedelics may pose serious risks for developing psychotic symptoms in healthy young adults,” the authors say, although they specify that, “the lack of a strong relation between use of psychedelics and psychosis-associated symptoms does not preclude that such drugs are detrimental for individuals with a high risk of developing psychotic disorders—an important question that needs to be investigated in future studies.”