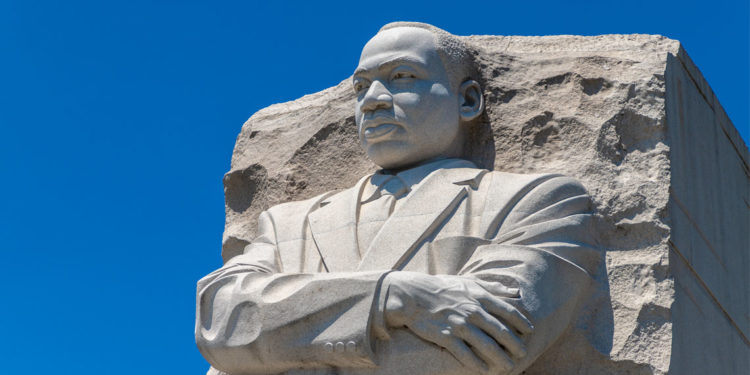 Ignorance of U.S. history might help explain why White Republicans tend to perceive less racism than White Democrats, according to new research published in the scientific journal Social Psychological and Personality Science.

Surveys have consistently found that White Republicans perceive less racism than White Democrats. For example, a Pew Research Center poll from 2020 found that 74% of Biden supporters thought it was a lot more difficult to be Black than White, while only 9% of Trump supporters said the same. But the reasons for these political differences in perceptions of racism are unclear.

“Prior research suggests that White people’s knowledge of historical racism and perception of present racism differs across regions and contexts,” said study author Ethan Zell, an associate professor of psychology at UNC Greensboro. “We thought these differences could be happening because White samples that are more conservative know less about historical racism and perceive less present racism than White samples that are more liberal. Thus, we designed a set of studies to directly test this hypothesis.”

The researchers used the crowdsourcing platforms Prolific and Amazon Mechanical Turk to survey 463 White American adults regarding their knowledge about Black history in the United States and their perceptions of racism. The participants completed a Black History Quiz in which they indicated whether they believed 16 statements were true or false and reported the certainty of their response.

The quiz contained false statements, such as: “African American Paul Ferguson was shot outside of his Alabama home for trying to integrate professional football.” It also contained true statements, such as: “The African American slave Dred Scott sued for his freedom. The Supreme Court ruled that he was property, not a citizen of the U.S. and therefore could not sue in federal court.”

The researchers found evidence that political differences in the perception of individual racism were mediated by historical knowledge. Republican participants tended to score worse on the Black History Quiz compared to Democratic participants, and those who scored worse on the quiz tended to perceive less racism.

For example, those who scored lower on the Black History Quiz were more likely to rate the following statement as not being indicative of racism: “Several people walk into a restaurant at the same time. The server attends to all the White customers first. The last customer served happens to be the only person of color.”

But the researchers cannot say for certain that historical ignorance causes people to downplay or deny racism. “More studies in larger samples are needed,” Zell explained. “Further, our studies are not experiments (we did not manipulate historical knowledge), so it remains unclear whether historical knowledge has a causal effect on perception of present racism.”

“It remains unclear why White Republicans have worse knowledge about historical racism than White Democrats,” the researcher added. “One possibility is that media sources consumed by Democrats more often cover this topic.”

The study, “Ignorance of History and Political Differences in Perception of Racism in the United States“, was authored by Ethan Zell and Tara L. Lesick.