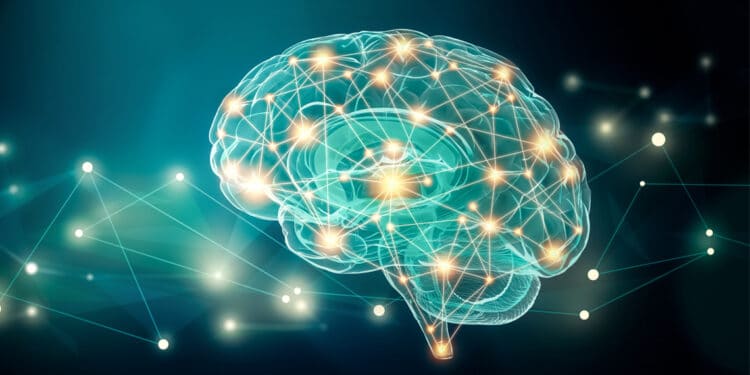 A neuroimaging study showed that the brains of children with autism spectrum disorder (ASD) show different functional cartography of certain brain nodes and the nodes have different roles compared to typically developing children (without an autism spectrum disorder). Findings suggest that these alteration to topology of brain nodes may start occurring at very early ages in children with autism. The study was published in Autism Research.

Recent studies of persons with the autism spectrum disorder using functional magnetic resonance imaging showed atypical functional connectivity and functional brain network configurations that were associated with social and cognitive abilities of these individuals. ASD is a neurodevelopmental condition that is characterized by restricted interests, repetitive behaviors, and difficulties in social communication. Many studies have linked these characteristics with differences in brain functioning. However, the findings on the exact nature of these functional changes were not uniform.

“Our interest in investigating atypical nodal processing in ASD started with a research question of whether the individual node-level Information could reveal critical insight during atypical neurodevelopment in ASD,” said study author Dipanjan Roy, an associate professor at the Indian Institute of Technology and principal investigator at the Cognitive Brain Dynamics Lab.

“Furthermore, recent findings suggest that while much attention has been given to deriving atlases and measuring the connections between nodes, the within-nodes information may be crucial in determining altered modular organization in ASD compared with typical development. However, altered modular organization originating from systematic nodal changes is yet to be explored in younger children with ASD. We used innovative graph-theoretical measures to estimate nodal cartography, communication between nodes, and hyper synchronization to fill this knowledge gap.”

The researchers analyzed functional magnetic resonance imaging data from children with ASD, aged 5-10, of male gender, with IQ above 75, from multiple sources. They also collected data of typically developing children with the same age, gender and IQ requirements from the Autism Brain Imaging Exchange (ABIDE) for comparison.

“The altered nodal roles in ASD are not fully elucidated by other studies thus far,” Roy told PsyPost. “The brain regions/nodes with different functional roles influence the flow of information within and between modules and thus the proportion of different types of nodes will further influence the global flow of information, efficient integration /segregation of functional brain networks, and thus also affect cognitive performance.”

“Thus, the proportions of nodes with different topological roles are also considered global properties of modular network organization. To facilitate information flow across and within the modules, different types of nodes have differing abilities to switch modules, thus different node types also have different modular membership consistency (e.g., connector hubs have more flexibility to switch modules and play a crucial role in exchanging information within and across modules).

“Our results demonstrate that children with ASD had relatively higher proportions of non-hub connectors (responsible for between-module connectivity) and reduced proportions of peripheral non-hubs and provincial hubs (which maintain more within-module connectivity) — compared with typically developing children. The follow-up analysis revealed that peripheral nodes in typical development converted to non-hub connectors in ASD, whereas provincial hubs converted to connector hubs in ASD.”

“These findings explain the observed increase in between-module connectivity in ASD due to increased proportion of non-hub connectors nodes and decreased within-module connectivity due to decreased proportions of provincial hubs and peripheral non-hubs,” Roy explained. “As reported in previous literature, major common connector hubs were from sensorimotor, salience, and default mode networks, whereas children with ASD had more connectors from sensorimotor and salience networks.”

“These nodes being connectors also had higher flexibility to switch modules and result in increased between-modular connectivity. Furthermore, another node type exhibiting increased modular connectivity in ASD was non-connector nodes, from default mode network and dorsal attention and limbic networks. These results reflect that major large-scale network-level alterations in children with ASD involve brain regions of the sensorimotor, salience, and default mode networks.”

The alterations in topological roles and modular cohesiveness of brain cell nodes were primarily related to social and sensory deficits in children with autism.

“Given the lack of developmental consistency in the previous literature exploring global and nodal modular network organization in individuals with ASD, our results provide evidence of atypicality in functional brain modular properties in children with ASD,” Roy told PsyPost. “Our discovery of nodal roles sculpting distinct global differences in modular cohesiveness between ASD and TD in children could help further explore potential biomarkers and facilitate advancement of intervention strategies for social cognition impairments and communication deficits at an early developmental stages.”

The results of the study highlight the importance of early brain development for understanding ASD. However, it should be taken into account that data used in the study came from different sources and differences coming from differences in scanning protocols and scanners themselves were not considered. Additionally, all study participants were males.

“The sample size of children in this study is particularly low as the ABIDE consortium offers fewer fMRI scans for children in the age group of 3-5 years. Hence, the current findings await replication with a larger sample size using data from sites other than ABIDE I and II.”

“Overall, the results suggest that an increase in between module connectivity between the default mode network, salience network and central executive network along with a reduction in global modularity in the ASD group reflects that the system exhibits less robust modular organization and explains the possible atypical synchronicity of the functional brain networks reported in ASD individuals that gives rise to core deficits.”

“However, the critical role exhibited by the DMN, salience and central executive network nodes contributing to atypical modular organization and development of core and peripheral brain network functional organization in ASD needs to be fully explored to throw insight about how the proportions of Hub of Peripheral brain regions and Non Hub Peripheral brain regions and core regions impacts cognitive flexibility, social cognitive impairment, speech and communication deficits and emotion perception and regulation.”