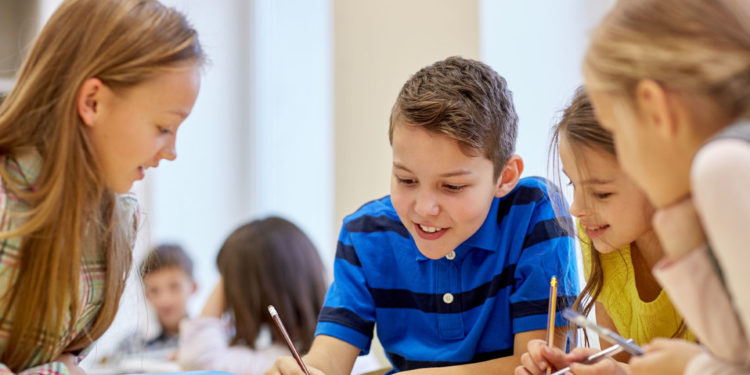 As numerous psychology studies have documented, leaders of organizations tend to be disproportionately narcissistic. Adults with high levels of narcissism are overly self-absorbed, but also tend to be highly confident and charming, which likely helps them climb their way into positions of influence. Importantly, studies also suggest that narcissists make problematic leaders, for example, by neglecting the input of other team members.

Researchers wanted to explore when this link between narcissism and leadership first emerges and whether it would be present among children. Evidence suggests that leadership becomes especially relevant in late childhood when children socialize in groups and select individuals naturally take charge. But little is known about what makes certain children emerge as leaders.

Brummelman and his team conducted a classroom study to explore this. A total of 332 children between the ages of 7 and 14 participated in the experiment from their classrooms in the Netherlands. The children completed assessments of childhood narcissism (e.g., ‘Kids like me deserve something extra’) and were asked to name one or more classmates whom they view as a “true leader.”

First, the researchers found that children with high levels of narcissism were more likely to be nominated as leaders by their classmates. While the strength of this relationship varied from classroom to classroom, the correlation was positive in all but one of the 23 classrooms.

Next, the researchers wanted to see whether the children who were perceived as leaders were actually skilled leaders. The children were divided into groups of three and supervised while they worked on a collaborative group task. The task required them to share information amongst each other in order to piece together the best solution. The researchers randomly assigned one child in each group to take on the role of the leader — this child was asked to guide the discussion and help the group come to its final decision.

In short, while it appears that children with high levels of narcissism are no better at acting the part of leaders and no more likely to lead their groups to the best solution, these children are significantly more likely to be identified as leaders by their classmates. The authors propose that this unlikely finding might be explained by the link between narcissism and self-deception — children with narcissistic traits actually believe they are great leaders. “Because children with relatively high narcissism levels truly believe they make amazing leaders, they may confidently convince others of their leadership skills without having to suppress or hide any self-doubt,” the researchers say.

“Even children fall for the charms of narcissistic leaders,” Brummelman told PsyPost. “Children with high levels of narcissism are perceived by their classmates as true leaders. However, when they actually have to lead a group, they don’t excel. Compared to other leaders, they don’t show better leadership and do not guide their groups to better performance. They are perfectly average.”

“If narcissistic children don’t actually excel as leaders, why do their classmates still see them as true leaders? Children, like adults, might take the big talk of narcissistic individuals at face value, mistaking confidence for competence.”

Brummelman and his colleagues note that more research is needed to better define leadership in childhood, but that intriguing studies might be on the way.

“Although narcissistic leadership might have childhood roots, this doesn’t mean we should compare narcissistic leaders to children,” Brummelman added, “For example, it is worrisome that former US president Donald Trump was described as a ‘toddler in chief,’ ‘an insecure boasting little boy,’ and ‘a spoiled five-year old throwing a tantrum.’ Such descriptions inadvertently legitimize narcissistic leaders’ behaviors, because toddlers cannot be held accountable.”

The study, “Narcissism and Leadership in Children”, was authored by Eddie Brummelman, Barbara Nevicka, and Joseph M. O’Brien.